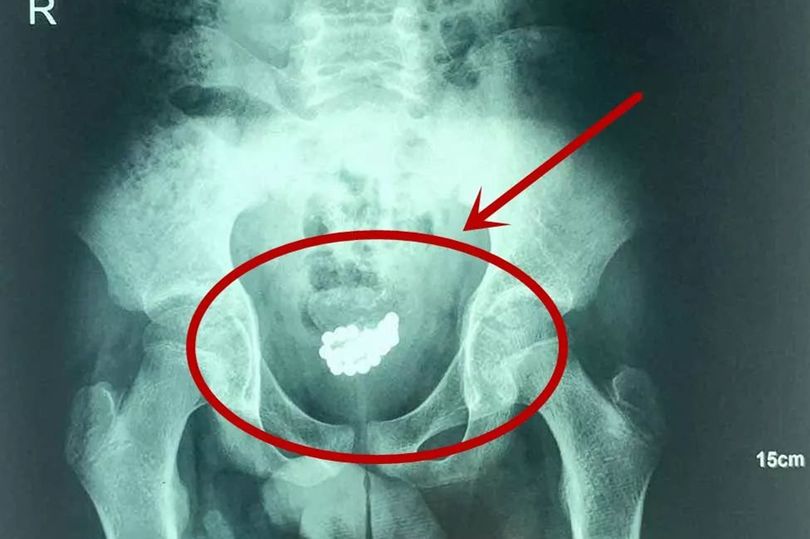 It’s fair to say that when you’re young and learning how to get yourself off that you’re probably going to experiment with a few different things, but you’ve gotta make sure that you know what you’re doing otherwise you’re gonna end up getting into a mess like 13 year old Li.

Li was experiencing so much abdominal pain that it was causing him to have trouble walking and his parents insisted that he went into Xi’an Children’s Hospital in north west China on May 11. It was here that X-rays revealed that Li had 29 magnetic balls stuck in his bladder – he later admitted placing them up there and getting them stuck but was too embarrassed to ask for help with getting them out. Classic teenage boy hey. 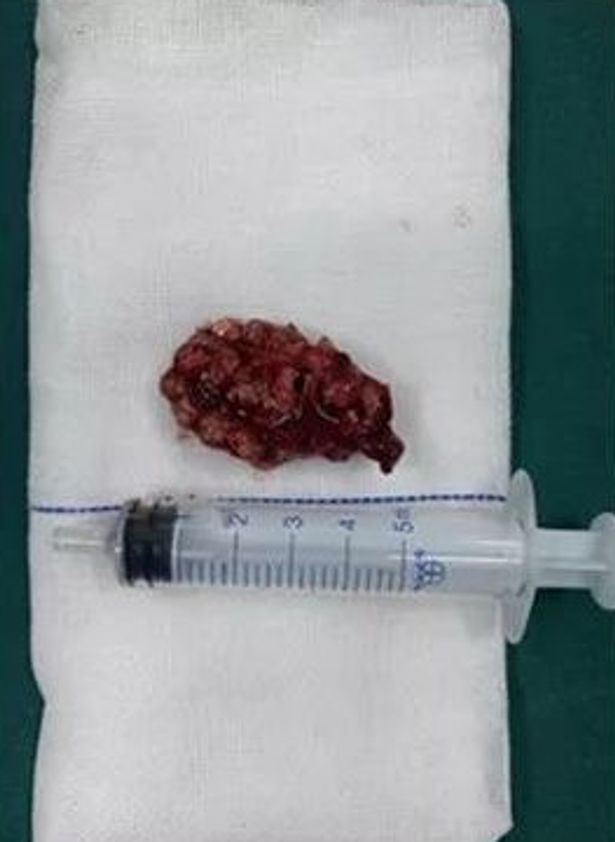 Roughly three months ago, while the boy was playing with the magnetic balls, he lined them up in a row and inserted them up his urethra out of curiosity.

By the time he felt discomfort and tried to pull them out again, the magnets separated and some remained inside his urethra.

During this time, the boy didn’t tell his parents because he was too embarrassed, but the child admitted to experiencing abdominal pains for three months.

He thought he could expel through urinating, not knowing that it would not have been possible to do so.

His parents only discovered three months later when they noticed him walking with a limp and questioned him about it.

We were unable to remove them in microsurgery, so we opened up his bladder and removed the entire cluster of magnetic balls – all 29 of them.

Kids in puberty are curious about their bodies. They need proper guidance and education from their parents.

Yeah I mean it is an Chinese version of American Pie in 2019 kinda story really isn’t it? Think they need better sex ed classes over in China because there’s no way someone should be sticking that many magnetic balls up their dicks and leaving them there and thinking it’s a good idea. You gotta put some limits down on these things.

For more of the same, check out this story about a seagull ripping off a man’s testicles. Ouch.