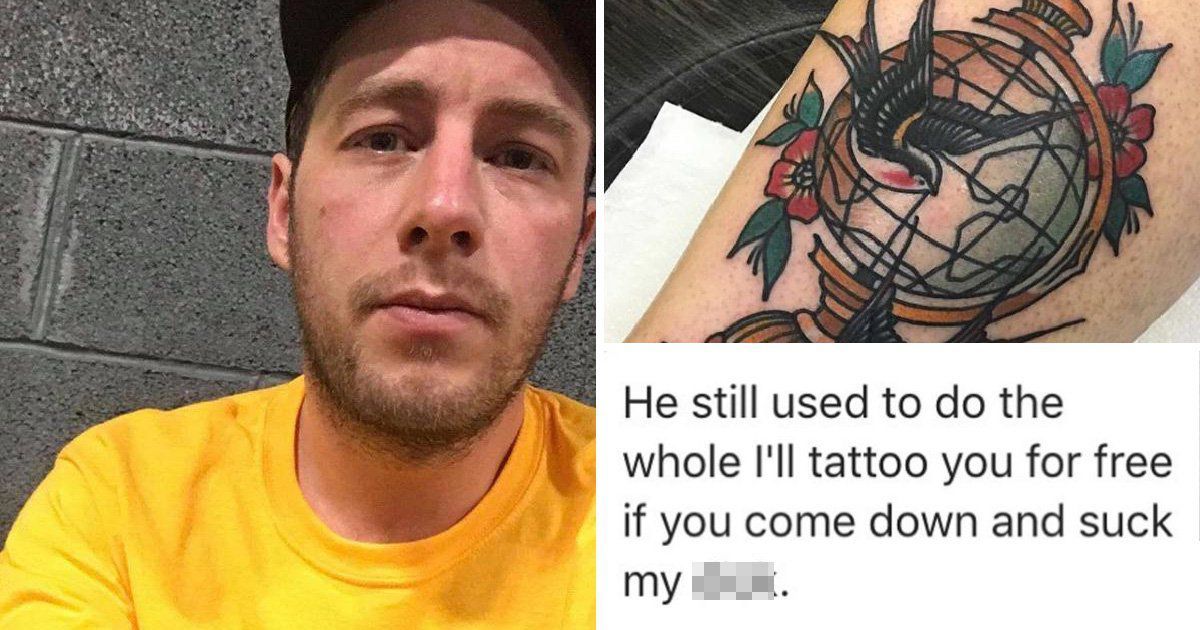 Imagine being sexually abused or harassed by your tattoo artist; not only do you have to go through it, you’ve also got a permanently-inked reminder of it on your skin.

Well Alex Bage, a tattoo artist from Newcastle, has had enough of hearing about his colleagues ‘taking advantage’ of young girls they tattoo, and has decided to shine a light on sexual misconduct in the tattoo industry.

You hear stories, some of my customers asked me “what can be done?”, “who can I tell?”, “his words against mine.”

I’m not a martyr, but I hate bullies and manipulative people and this is my attempt to stand up to them and show that people will back those who want to make a difference.

Alex heard stories from women who had experienced everything from harassment to assault from tattoo artists, or even tattoo artists asking for ‘nudes’ in exchange for a free tattoo.

He even shared a few of the messages on Instagram:

It’s been heartbreaking reading people’s accounts at times, as a lot of these girls sought their new tattoo and a change as a way out of, or away from, emotionally challenging or restricting situations, and into another sordid and upsetting place.

I’ve had reports of around 20 “incidents” relayed to me in messages and verbally in my shop. ‘Imagine feeling like you’re blossoming from being a self-harmer or dealing with the loss of a relative, the end of a relationship, and finding yourself at the mercy of a controlling sociopath who wants “nudes” in return for tattoos.

Some of these tattooists are morally questionable and see a vulnerability with what is often their “captive audience”, like those who tattoo in lockable “private rooms” – something I don’t agree with.

And a desire to exploit often young “obedient” clients, eased into in a compliant frame of mind will take advantage, these are not unintelligent or “basic” people invoked in accounts I have, in fact, most show traits similar to psychopathic – and definitely sociopathic – tendencies.

These exchanges are usually longer, more complex, manipulative and controlling, one-sided conversations corrosively pushing vulnerable young women into situations where they are made to feel obliged to comply or embarrassed to refute propositions of sexual activity. 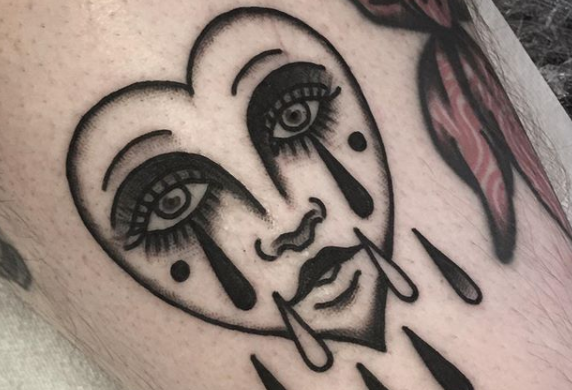 Indeed there’s no vetting of tattoo artists in the UK so no checks are made into their backgrounds. I guess it can’t hurt to implement that if things are really as bad as Alex is saying they are. Obviously it’s one thing to realise and act on a mutual attraction with the person you are tattooing, it’s a whole different thing to suggest a BJ in exchange for a discounted tattoo or just general inappropriate sleazebag behaviour, especially with vulnerable, younger customers.

To meet the man who covered his wife’s body in Coronation Street tattoos (seriously), click HERE.