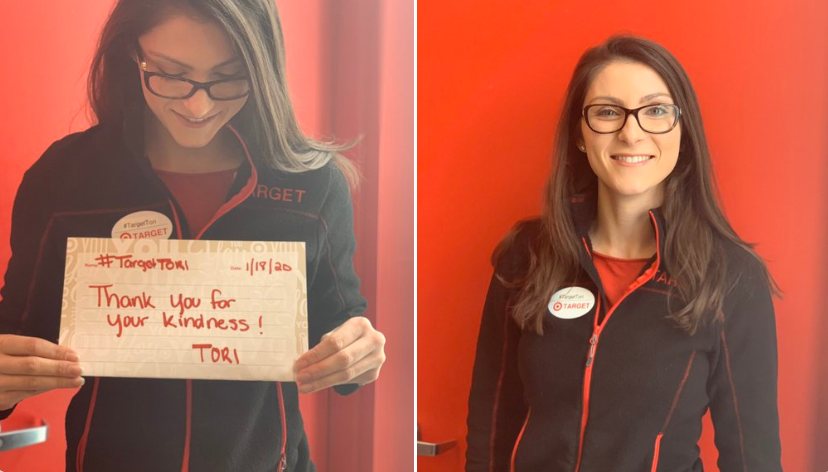 This story has backfired amazingly.

Just a follow-up to the story about the journalist who called police and tried to internet-shame a Target employee for refusing to sell him an $90 Oral B toothbrush for $0.01. 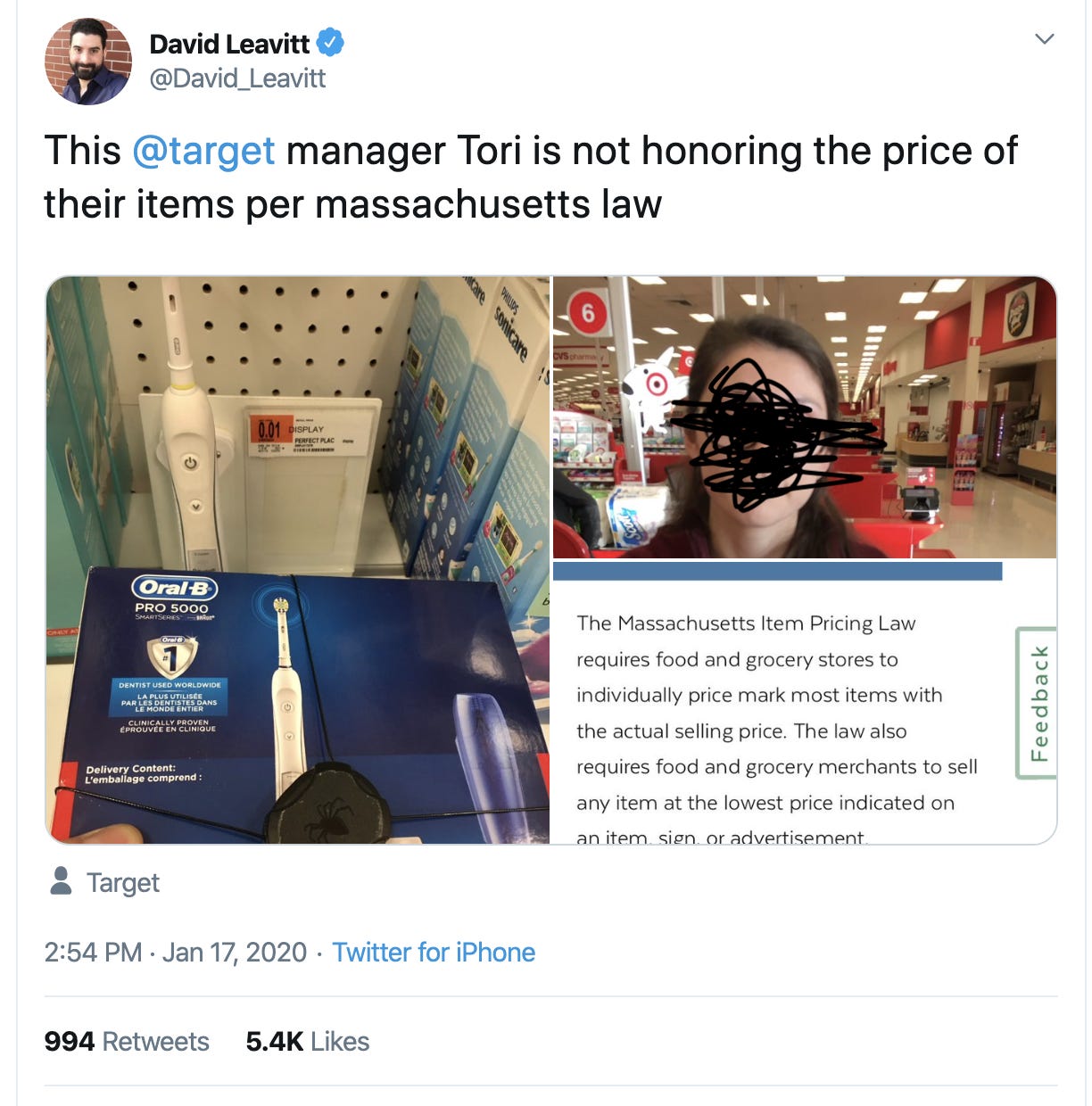 We didn’t want to show Tori Perrotti’s face initially because that was what David wanted, but she’s now putting it out there herself as she thanks the good people of the online world who came together to kick David’s ass on Twitter and rack up over $30,000 in donations for her on GoFundMe.

HUGE UPDATE:
I have made contact with #TargetTori, she has received authorization to release 2 photos to verify that we are in contact.

I need a representative from @gofundme to contact me to arrange the transfer of control of the account to Tori. pic.twitter.com/BW8byvUMcW

The tables turned when many commenters started to bash Leavitt instead of Perrotti — and some supporters even launched a fundraiser to send her on vacation.

“It’s so often that people will take the picture and make a meme out of it in a mean way,” Perrotti told NBC Boston. “So, it’s nice to see there’s publicity out of this to support me and my feelings.”

$31,000! Unreal. I’m sure everybody reading this would happily take $30k for a day of being internet shamed. Which technically didn’t even happen because David Leavitt’s attempt to shame Tori backfired in his face spectacularly. 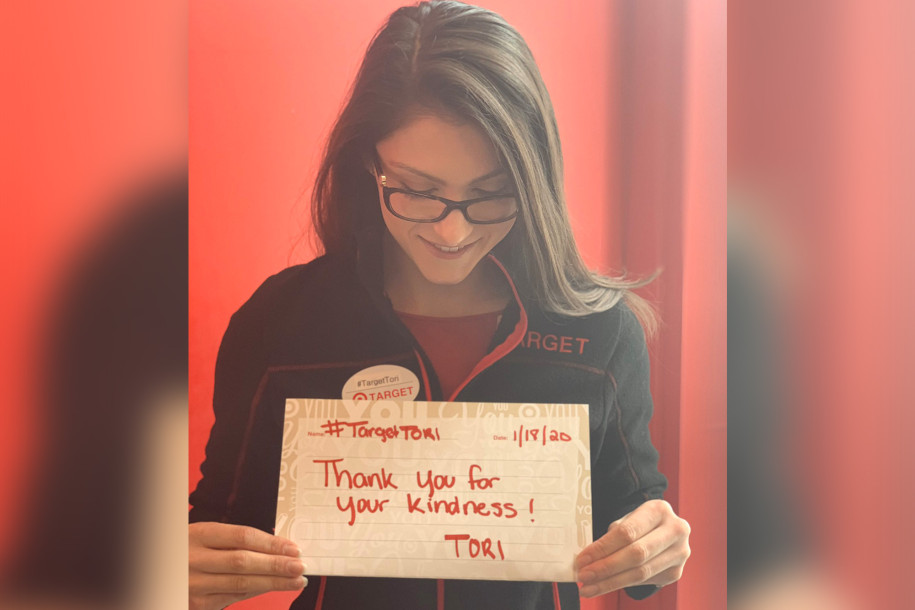 I still can’t wrap my brain around how this guy thought the internet would be on his side when he tried to buy a $90 electric toothbrush which was incorrectly labeled $0.01 and clearly just a Display model. He really thought everyone would back him up once he started banging on about Massachusetts pricing laws – lol. Probably thought he was the hero in some kind of David Vs Goliath battle with a major corporation when really all anyone saw was some dickhead journalist bullying a chilled out cashier who was just doing her job.

Well in a welcome twist, it was David who ended up getting internet stomped while the cashier ends up $30k richer.

The best part is that Tori isn’t even planning to keep all the money – she says she’s going to treat herself to a holiday but then donate the rest to “charities that support retail workers”. Good stuff and great to see there are still some decent people navigating the rough internet seas. Big up!

For more Target shenanigans, get a load of this meth head who went on a punching spree inside one of their stores in California last month.