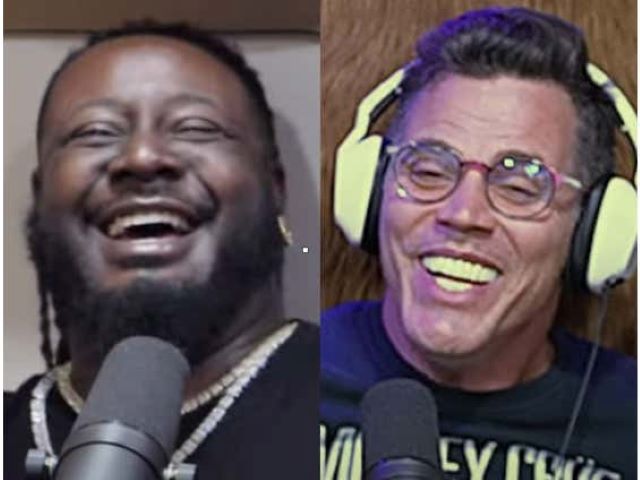 He eventually had to borrow money to buy his kids Burger King.

T-Pain has sold over 16 million albums and 50 million digital tracks worldwide since he burst onto the scene back in the early 2000s. Things were going so well in fact that he didn’t think it was possible he could ever run out of money, and eventually managed to blow his entire $40 MILLION fortune from 2007 until he went broke in 2019.

Now that things are looking up again, T-Pain can look back and laugh about what a moron he was. And laugh he did on the Steve-O podcast the other night:

Welp, you can certainly see how he managed to blow through all that money. Buying a Bugatti for $2.1 million and selling it months later for $800,000? He basically rented a car for $1.3 million! He wouldn’t even look at his bank account because he was led to believe that it “only went up”. Which would’ve been a fair assumption given how many songs and features he was on. You’d think the royalties would be rolling in non-stop!

Fair play to T-Pain for being so open and transparent about it. I’m not sure many other rappers/R&B stars would be that humble and sincere. Not that rappers are well known for making sound financial decisions, but still.

For the time T-Pain said he went into a ‘four-year depression’ after Usher told him he ‘f*cked up the music industry’, click HERE. That can’t have helped matters.