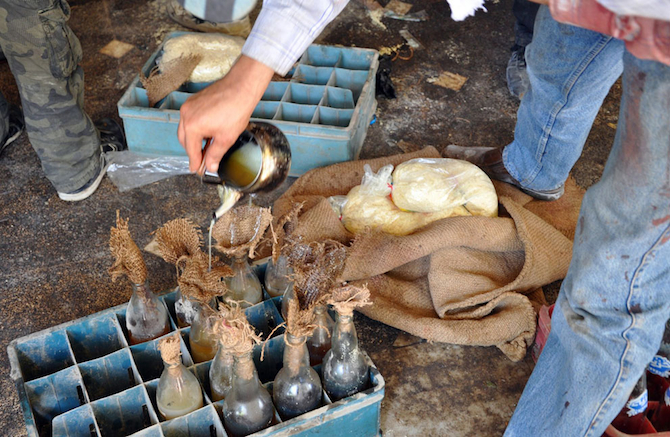 The mind-boggling world of the under-equipped but resourceful Syrian rebels, and their crazy homemade weapons

I’m one of those blokes who likes to think that he can turn his hand to most things. Something come loose? I’ll get my toolbox and tighten the offending article right up. I often make useless crap for my daughter out of old sticks and boxes and bits of chewing gum. I’ve even been known to pimp our microwave up with a holographic sticker. That said, Scrapheap Challenge is WAY out of my league; I can’t drive and the only thing that interests me about cars is whether or not they’re being driven to where I want to go.

Remember The A Team? BA Baracus turning a lawnmower into an aircraft carrier with a soldering iron, some callipers donated by a kindly disabled child, and several jubilee clips? Without a Haynes manual in sight? He OWNED metal! He put metal into sexy positions and bitched it til it shat rust. The jury’s still out over whether or not he’s to blame for the automotive sex crime that is the souped-up  Corsa, though… For me, B-to-tha-A was the don of the weld-up, the ultimate DIY warrior, the most versatile one man mowhaked death machine production-line mother ……. you catch my drift. Note I said ‘was’. Sorry, Bubba, but your time is past. There are new dons in town. Step aside, rudeboy, the Syrian Rebels are here, and they simply got the maddest skillz…

â˜›  Read This Next – Syrian Soldiers Cuttin’ A Rug

Start with the basics — Molotov cocktails, the street fighter’s incendiary of choice. The name was coined by Finnish soldiers fighting invading Russians, after some commie politico. How come we didn’t have ThatcherBombs during the Poll Tax Riots? We’re shit… Anyway, so people have been getting creative with weaponry for many years. Believe it or not loads of nasty pre-gun hurters, like flails, pole arms, and ninja shit like sai, bo sticks and kama, were all originally farming tools.

The nastiest weapon on a Saturday night? The bottle, often broken but not necessarily. What about the sticky bomb that the fellas make in Saving Private Ryan? Explosive in a sock, smeared in axle grease, with a fuse. Yeah that’s real, all sides used them. Boobytraps have been made since forever. The huge rolling stone ball in Raiders of the Lost Ark?  What, you think that came from a factory in Taiwan? Homemade, bro. From the Viet Cong sharpening punji sticks, smearing human chog on them and lining a hidden trench, to those nasty evil IED’s that have accounted for so many in Afghanistan and Iraq, humans have shown an innate talent for killing each other without maxing out the account with one of the big arms companies.

So, in keeping with this fine tradition, may I introduce you to the mind-boggling world of the under-equipped but resourceful Syrian rebels. Who have clearly been studying the old episodes where BA armours-up a station wagon or two. Oh, and watch out for the div that hasn’t read the memo about not smoking in the bomb shed…. 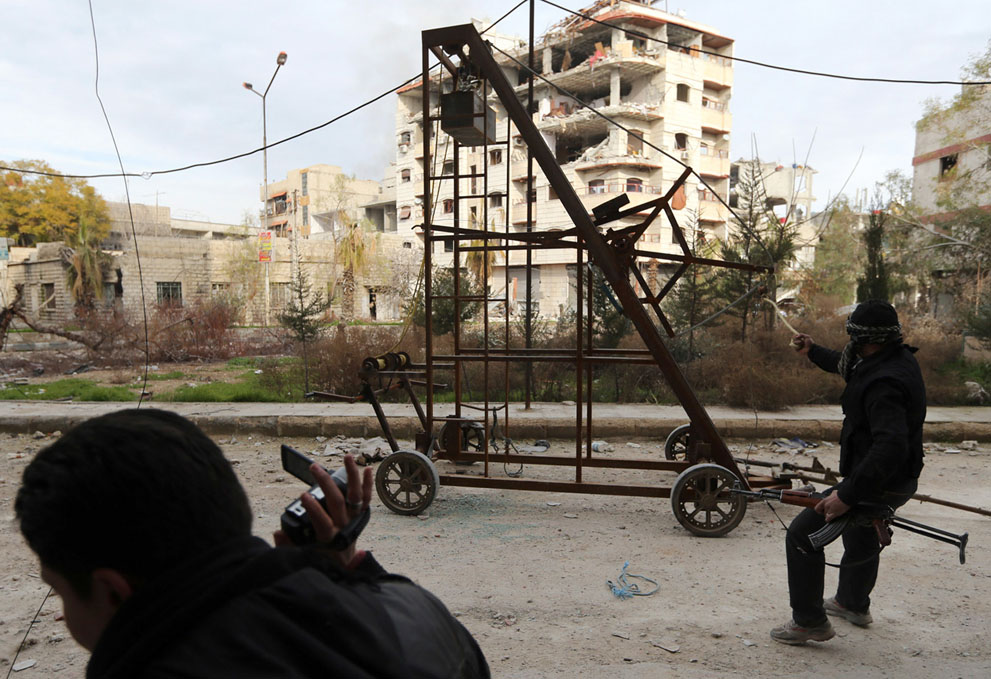