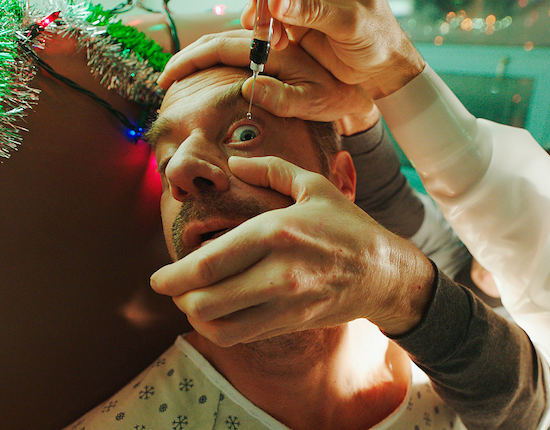 Normally when we’re talking about a sick looking new TV show at Sick Chirpse it’s almost universally going to be getting shown on Netflix, but ‘Happy’ is the exception as this one’s going to be shown on Syfy.

‘Happy’ is based on the New York Times bestselling graphic novel of the same name, and tells the story of an intoxicated, corrupt former cop turned hitman as he navigates his way through a world of casual sex, murder and betrayal. His world gets turned upside down by the arrival of a new imaginary blue winged horse that ropes him in to saving a missing girl.

Sound like a trip? Yeah, you can be it is – just take a look at the absolutely crazy trailer below:

Yeah pretty in your face, loud and all over the place right, but it does look like it’s going to be a decent show, even if it is slightly off the wall. Have loved Christopher Meloni ever since Oz and I’m fairly sure he’ll do an absolutely killer job in this as well.

Excited to see how it turns out when it drops in a couple of months. but until then check out The Lost Boys TV show. That’s probably going to be awesome as well.