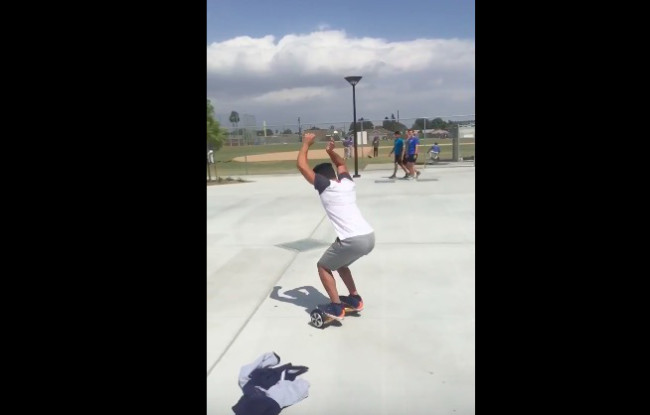 Anytime you try to do something insane like a front flip on a swegway, there’s a lot at stake. If you nail it, you’re instantly the coolest kid around and can have your pick of any girl you want. If you completely flop it though, well, it’s not the greatest of looks.

So close. Well actually not very close at all. He’s still gone viral though so that’s something, although he probably won’t know it until he comes out of a coma later.

To watch an absolute mad man ride one of these things on the edge of a skyscraper in Dubai (and live to tell the tale), click HERE.