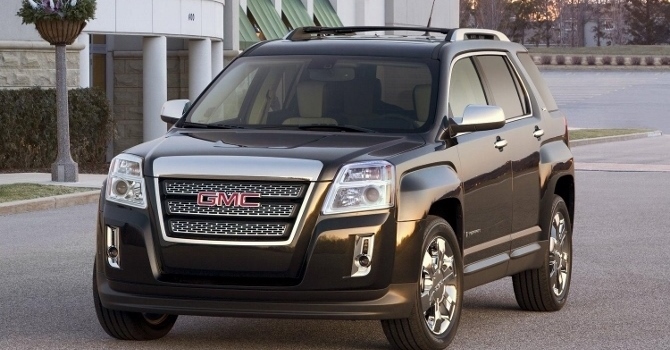 Car crashes are scary but this takes the biscuit. A SUV flies out of nowhere into a car from the other side of the road, completely destroying it.

I was in a car crash once. I didn’t get hurt or anything like that, though, (un)fortunately. It was when I was about 16 or something and I’d been put on a shitty work experience in some place that produced content for a leaflet that was distributed amongst the community – which was mainly made up of dole-heads, constantly pregnant women, ridiculously nosy old women whose curtains would twitch if you let out a silent fart a mile away and really cool, friendly guys who survived on Frosty Jack’s and punching their missus in the belly. The community was made up of that, mind. Not the leaflet. The leaflet was basically a 3-page-spread which contained the latest events in the community, the latest deals in the shops, who’d died etc. A pile of shit. That’s what you get, though, when you ask for journalistic work experience when you live in the Rhondda.

As I was like 16 or some shit, I was too young to drive and wasn’t really up to hot-wiring a car so my dad used to drive me there every morning as the place was like 5 miles from the nearest train or bus station. I think the best thing about the place was that there was a woman – early 30’s – who worked there and she had a banging arse, not much else going on for her but that arse is seriously still up there with one of the best I’ve ever seen. My 16 year old self would watch her cheeks slide and tense with a semi, but I never got caught out because I’d chuck it between my waistband. Tactical hide.

On the last day of my work experience, my dad picked me up and as we were driving home some recently evolved human came flying out of a junction and into my dad’s side of the car. The car lurched to the side and into an iron fence but we were both fine and the worst thing was that there was a dent in the car and the car was stuck and wouldn’t move. The recently evolved human drove on for about 100 yards, stopped, went to get out of his car but then pussied out and scampered away. Tamping. It’s alright, though, the cops caught him and he was driving a stolen car and my dad and I both put claims in for whiplash so all’s cool. It’s still quite scary, though. A car crash. You have no control over the matter, especially if a car is going into you and you’ve nowhere to go. Which is exactly what happens in this following video.

A woman is casually driving down the road – probably to pick up her kids or do a shift at the titty bar or to go and visit her dear ol’ ma – when suddenly, a big SUV comes flying at her from the other side of the road and goes straight into her car, destroying her windscreen. It was all picked up on a dashcam, which points to Russia but I can’t really tell where this has happened. More than likely to be Russia, though. The woman escaped unhurt and the driver of the SUV required minor hospital treatment. So, check it out. A SUV nosediving into a windscreen.