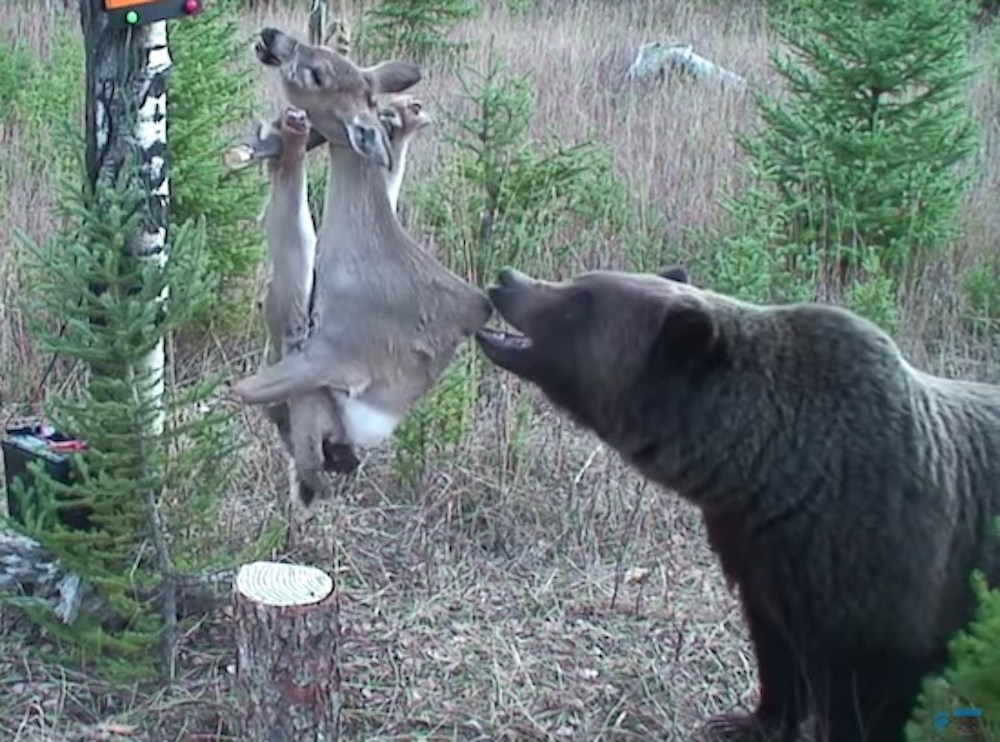 it seems like bears are now super smart too.

Bears have always been scary as hell because they can literally tear you apart with their claws and teeth, but they’ve got even scarier now they’ve become super smart too, as you’ll see in the following clip. We knew they were becoming self aware over a year ago, but this clip really is the next level.

It concerns an experiment some researchers conducted in which a deer carcass was electrified to stop it from being eaten by a bear. Initially it works and the bear is scared away, but then amazingly the bear figures out where the electric current is coming from and then manages to deactivate it and steal the carcass. Bears huh, who would have thought it?

This, coupled with the fact that sharks can now jump twelve feet out of the water, makes me very scared for the future of the human race.