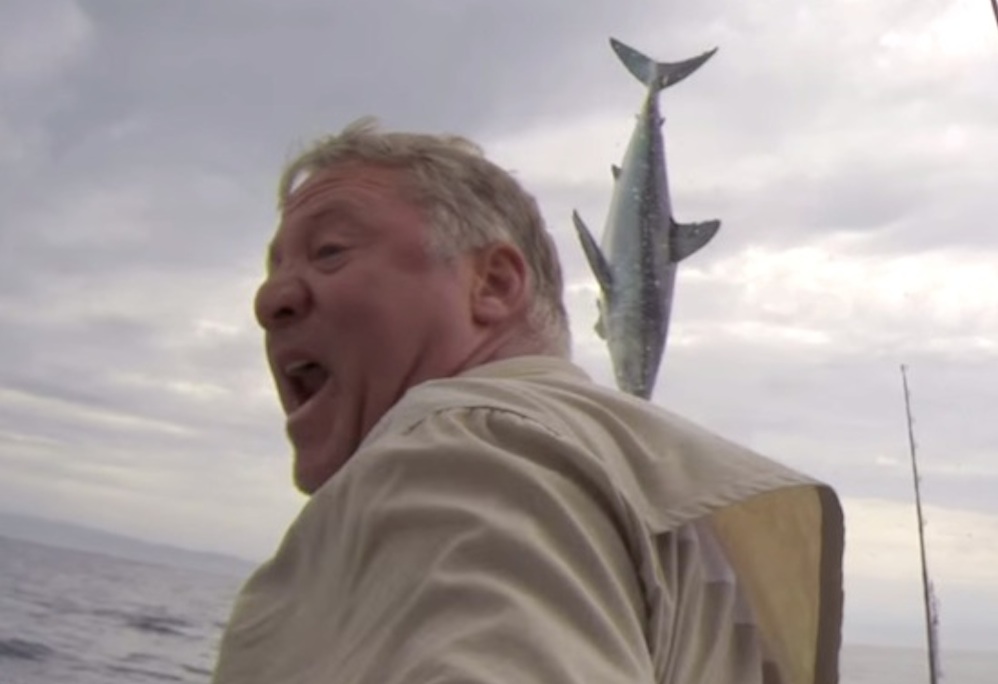 Sharknado could very nearly be a reality.

A few weeks ago we featured a video where a shark jumped a horrifying six feet out of the water.

Well, the horror and fear instilled by that video has just doubled as a new video has emerged of a Mako shark that manages to somehow jump TWELVE feet out of the water. And it doesn’t do it once but an incredible FOUR times, getting closer and closer to the boat each time. Evolution just got a whole lot quicker. Needless to say the fishers are absolutely shit scared and high tail it out of there pronto.

You know it’s not going to be long until there’s a video where one of these sharks jumps out of the water and into somebody’s boat. I’m not sure how effective a shark out of water would be in eating you, but I don’t really want to  know either because even if it wasn’t too hot at biting, it would still be hella scary and absolutely something I don’t want to experience, or really want anybody else to experience either for that matter.

Thinking about it though, sharks are pretty deadly out of the water in Sharknado, so chances are they could probably do a number on you once they get into your boat. Absolutely not wanting to find out though like I said.