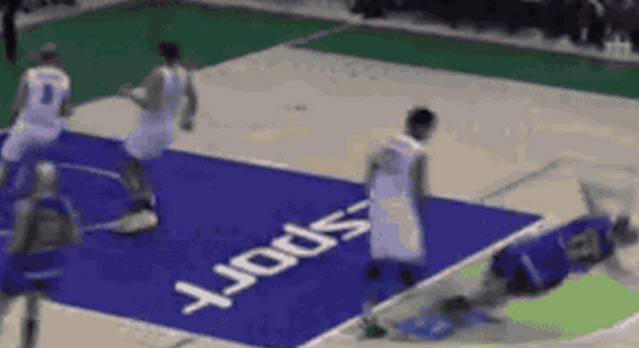 These gals play for keeps in Scandinavia – check out one of the craziest sucker punches you’ll ever see on a basketball court.

Finnish women’s basketball isn’t a sport I normally pay too much attention to but this sucker punch is completely amazing and deserves to be seen all over the world.

In the first GIF, you see Shanel Harrison running up the court and running into Niina Laasko who must be built like a shit house because she just kinda stands there and Shanel bounces off her onto the floor.

That in itself would probably be funny enough to share on the site, but it’s Shanel’s reaction that really kills it. Moments later, both players are running down the other end of the court when she turns around and completely lamps Niina slam bang in the face with a right hook. It really is a brutal punch outta nowhere and bam, Niina is down and probably has a broken nose for her trouble too.

Following the incident, Shanel has been suspended from the women’s basketball league. Remind me never to step onto the court with Finnish women if the opportunity ever arises because it looks like those bitches play for keeps.