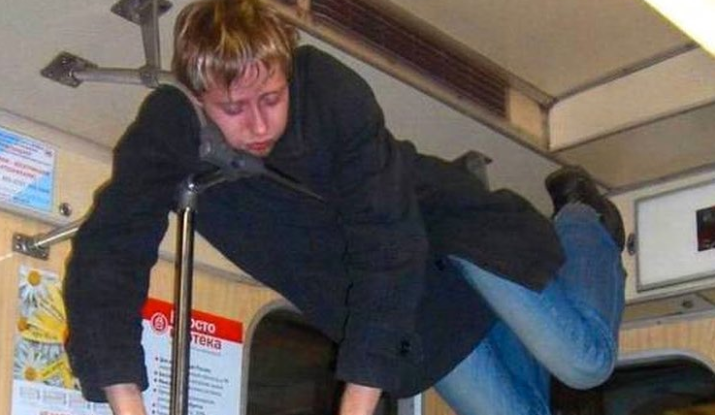 Few weeks back we compiled a collection of videos showcasing the biggest freaks and weirdos travelling the globe on public transport. It did pretty well so we thought why not do it every week?

Let’s have a peek at some of the more peculiar passengers riding the subways and undergrounds of our planet:

That’s gonna fetch a pretty penny at the scrapyard.

E Honda would be proud.

Taking the ‘tracksuit under jeans’ look to a whole new level.

Yawn of the century.

Is that guy dead?

The subway – not ideal for clean freaks

What the actual F.

What is going on with those nails?

O…K then. I think we’ll end it right there…