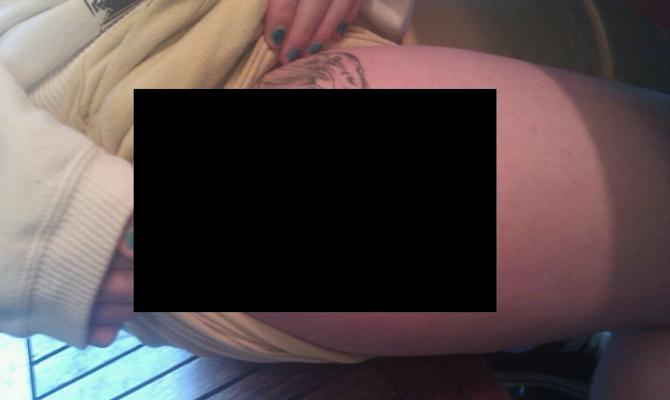 We’ve featured a bunch of crappy tattoos on Sick Chirpse in our time but this one has got to be the stupidest – and weirdest – one so far.

Here at Sick Chirpse we’re obviously massive fans of really terrible tattoos as you can see by many of the features we’ve done in the past on really stupid and crap tattoos. Who could forget the work of Synyster Ink? Or the man who tattooed his name on a young girl’s face after they had fallen in love over the internet and only actually met each other in real life for about half an hour? Great great stories, and there are a bunch more on the site that you can find in the links all over this page.

â˜› More Awful Tattoos: This Is Why Retards Shouldn’t Tattoo

But this really could be the stupidest tattoo of all time. Sure, a bunch of those other ones are definite contenders but what makes this one so different from the rest is that it’s actually a fairly decent tattoo, at least in terms of the actual artwork not being horrifically shit. It’s the subject matter that defines this one. 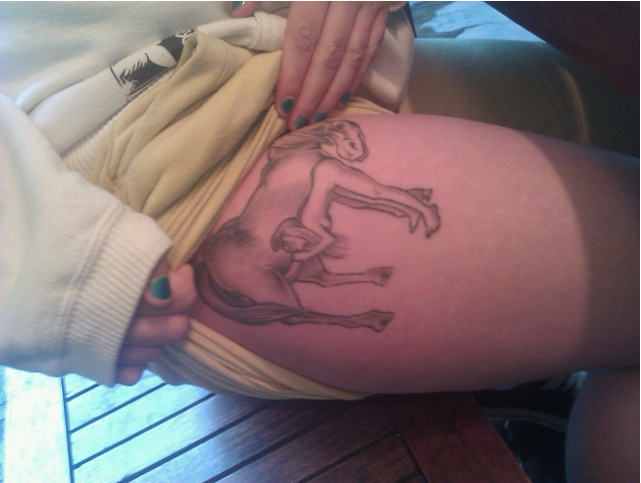 I mean firstly some of those other shit tattoos we’ve covered have been on people’s backs so they wouldn’t actually know what they looked like until they were finished, but if you get one on your leg you’re pretty much going to be able to see it all the way through it providing you’re not KO’ed whilst it’s getting drawn. So either the person getting it done was OK with it, or was completely KO’ed.

This could have been the case too and it could be some kind of bizarre revenge tattoo but even so there would have to be A LOT of hatred for someone to do that to someone else, so what’s the story with it? It’s so annoying when these pictures just turn up on Reddit and you don’t know how they happened or what’s going on with them. Sure, it’s funny – really funny actually – but I kinda wanna know the story behind it too.

Over at Gawker there are a couple of theories going around: that the girl was blackout drunk and wanted it done; that she lost a bet; that the tattooist was the best bud of an ex boyfriend that she cheated on a shit ton of times; or that she was temporarily insane when it happened; or that it’s a fake henna tattoo. All of those are possible sure – except maybe the temporarily insane one – but I would just love to find out the truth once and for all about it.

They also used the word improvident in the title of their article. I don’t really know what improvident means, so if anyone wants to leave a comment telling me it would be appreciated.