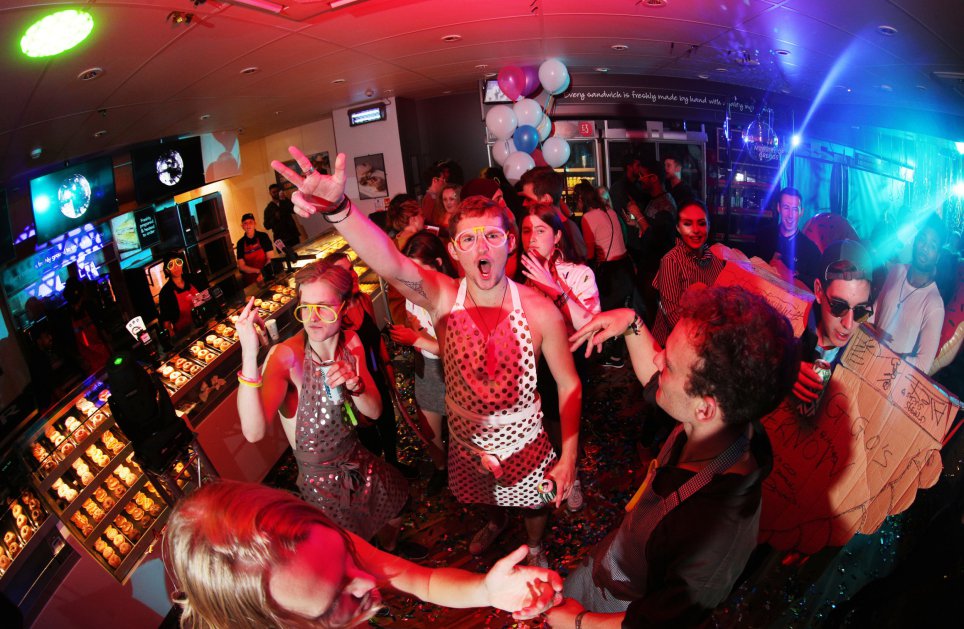 I’m a big fan of raving and I’m a big fan of Greggs, but I would never have thought of combining the two as it just doesn’t make any sense does it? Why would you want a chicken bake when you’re gurning your face off?

Nevertheless, one student from Birmingham University was determined to make it happen. 21 year old Nikki Gardner asked the shop if there was any chance of them organising a welcome back party for her and her friends after the summer and to her surprise they were only too happy to oblige.

The place was hyped up for a rave with DJs, lights, confetti and even bouncers and a line to get inside. Once you made it in, the shop was giving away free alcohol and pasties and it sounds like everyone had a blast according to Nikki, although I’ve gotta admit the video does kind of make it look like the lamest thing ever:

I couldn’t believe they’d actually decked it out with lights and confetti cannons.

I mean I was hoping for a few free pastries but they went to so much effort it was awesome.

Most of my mates thought it was a joke when I told them but I think it finally sunk in when they turned up at Greggs and there was security outside.

I would love to do it again, I graduate at the end of this year so maybe a graduation party?

I mean why stop at a graduation party? Why not do this every weekend at the main Greggs in every city centre. Obviously not the free drinks and pasties part, but I could see Greggs becoming a major destination for partygoers on the weekend judging by how well this went down. Just an idea, I mean those guys did look like they were having a blast despite the fact the video made it look like it was a children’s television show or something. There’s definitely a niche market out there for it.

For more Greggs, here’s their new ultimate challenge. Think you can handle it?