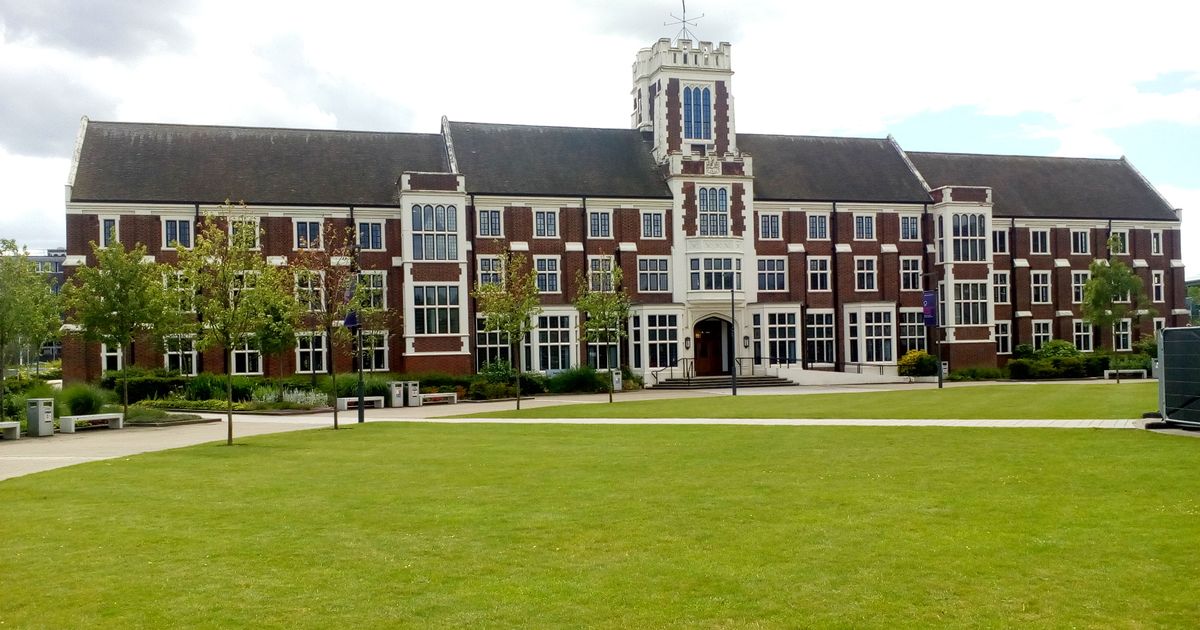 It’s been well documented that a number of university students all over the country have been forced to self isolate in their accommodation with a bunch of people that they don’t know after the questionable decision to allow universities to open has led to a massive rise in Coronavirus cases at almost over there, and as you can imagine tensions are boiling over between a bunch of people who don’t know each other and have been forced into a quarantine situation.

Most people are getting on with it quietly despite their being a massive sense of betrayal that they’re paying thousands of pounds for Zoom classes in their bedrooms when they were told lessons would be in person, but obviously in some instances things have become a little out of hand. This has perhaps been illustrated the most with these horrible racists Snapchats that a student who is stuck in Loughborough University sent saying the following: 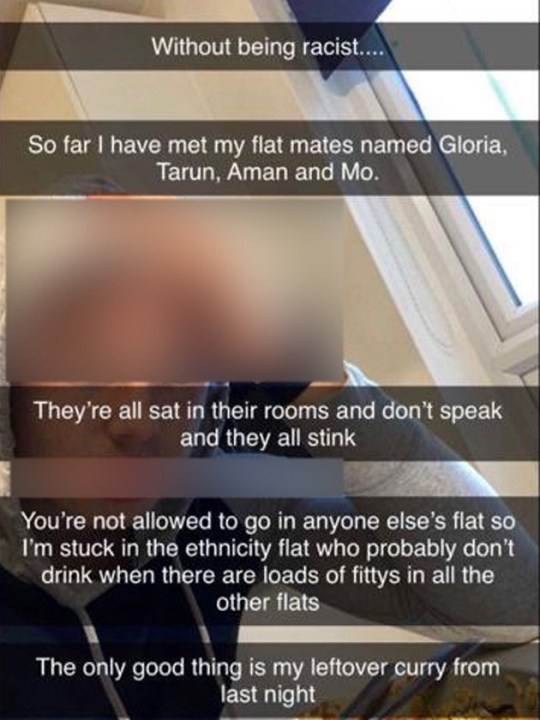 Yeah that does sound like it sucks for him but he could have easily relayed that without adding the racist connotations by including their names, the fact they stink, that they don’t drink and that they made a curry – it wouldn’t have been that hard to say something like ‘my flatmates are all boring and don’t drink this sucks’ or similar. Even when you’re 18 or 19 it should be common knowledge that starting something by saying ‘without being racist’ is going to come across within that context and be jumped upon. Really is surprising how naive and stupid people can be in these situations.

Anyway, Loughborough University have said that they’re aware of the post and are investigating it, so I expect this kid won’t have to stay in self isolation with his smelly flatmates much longer as he’ll be getting kicked out pretty much ASAP. Adios pal, hope you enjoyed your university experience.

For more of the same, check out this Lyft passenger going on a racist rant after a driver asked him to wear a mask. FFS.