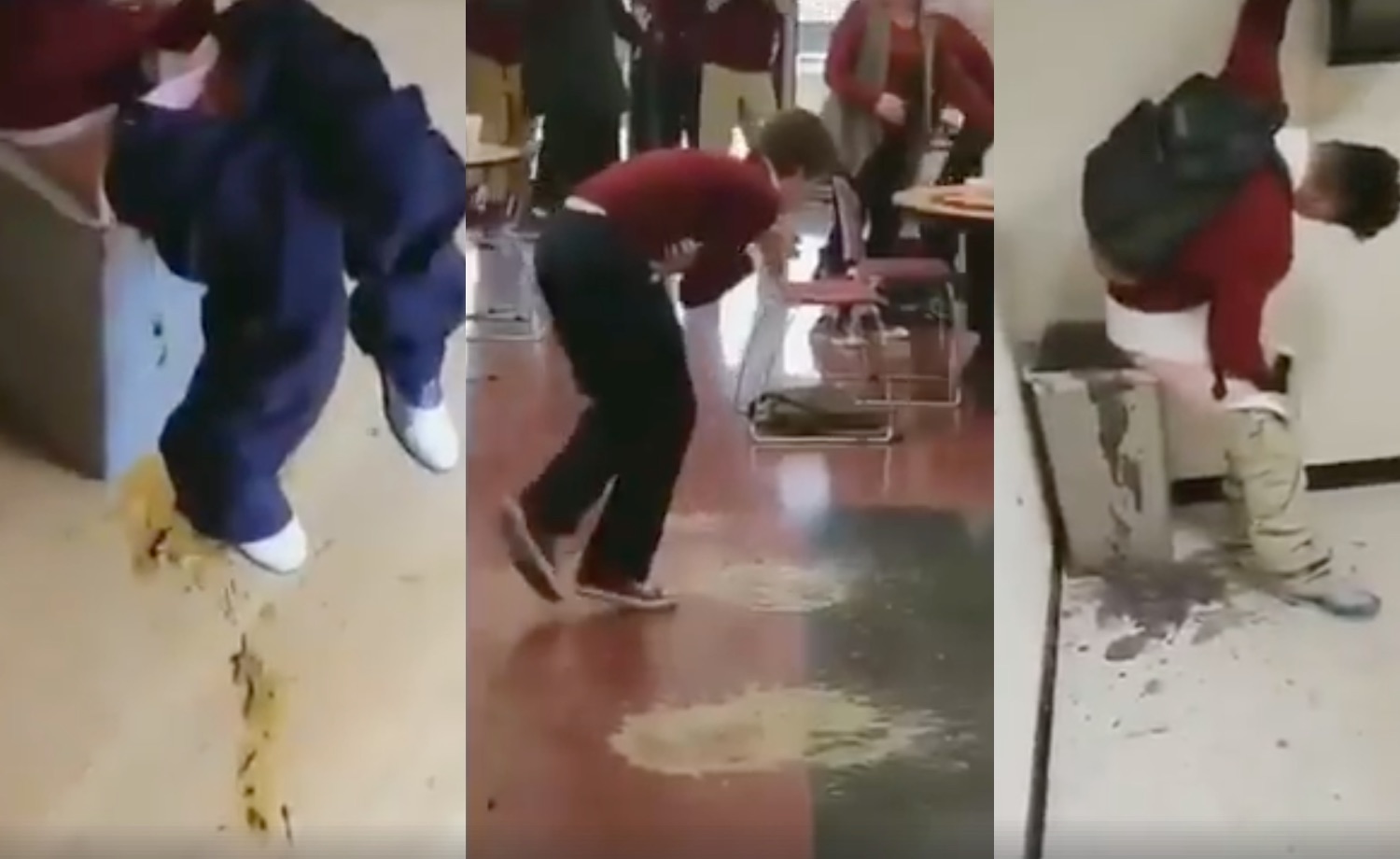 There’s a tradition of playing completely sick pranks on your peers during high school with the aim of going down as a legend in the corridors of history at said establishment, but I think you have to draw the limit at something like the one featured in the video below.

I’m not sure where the footage is taken from but it shows the aftermath of a school lunch where apparently the lemonade was spiked with laxatives, literally causing everyone in the school to uncontrollably poop their pants at the same time. You can imagine how that ends up and if you want to see the results then look no further than the video below. Be warned that it’s pretty horrific though:

So Wrong: A student puts laxative in the school's lemonade.

Ok so I’m sure a few of you have probably realised that this is actually the raw footage from Netflix’s American Vandal season 2, where a couple of kids investigate this incident in a true crime documentary style. I couldn’t recommend it more and I’m not sure if it’s a very piece of clever viral marketing from Netflix to get people to talk about it, or whether the raw footage has genuinely been stolen from the shoot and leaked to Born Starz.

Either way, they managed to get 2 million views on it in five hours so I thought I might as well try and get a piece on that so here we are. Sorry if I misled you from the headline.

For more laxatives, check out why you should never superglue your butt shut after eating laxatives and Taco Bell. Like that wasn’t already obvious.