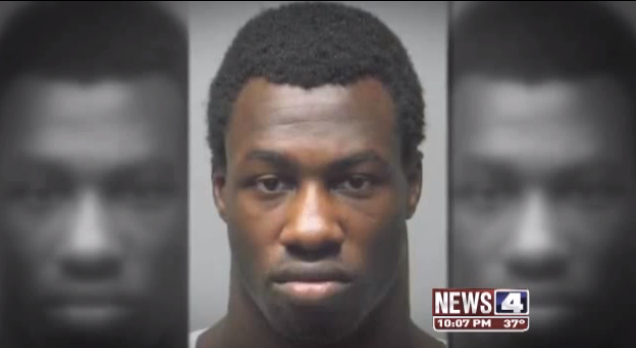 An already really disturbing trial over in Missouri became even more disturbing with this latest revelation.

Here’s a grim story to ease you into your lunch break – over in Missouri a 22 year old college student called Michael Johnson has been recording himself having unprotected sex with a bunch of people. There isn’t really anything strange about that until you find out that Johnson was HIV positive and so was actually making videos of him infecting people with the disease which is probably one of the most horrible and vindictive activities I’ve ever heard of anyone performing on anyone else. Why the hell would you want to do that and why the hell would you get off on it?

Johnson himself is a former wrestler who attended college at Lindenwood University in Missouri. He was arrested in October and charged with five counts of knowingly infecting people with HIV but it was only recently that the sex tapes were discovered which makes the whole incident even more sickening. The tapes were also filmed with hidden cameras so it wasn’t even like the people involved in them gave them their consent. Completely grim.

The head prosecutor for the case – a guy called Tim Lohmar – explained that there were videos of 32 sex acts on Johnson’s laptop, recorded over a four month period and that it was unlikely that any of the victims knew that he was HIV positive before they engaged in sex with them. No shit Sherlock.

Lohmar also explained that Johnons met most of his victims – who were almost all male – through social media, where he had a Vine account, an Instagram account, two Twitter accounts and three Facebook accounts. He called himself Tiger Mandingo and if the picture below is anything to go by then it looks like he was a bit of an attention whore – but hey I guess it worked because he got laid a bunch of times.

Only problem was that he was a sick freak looking to knowingly infect people with HIV. If convicted, he’ll thankfully get life in prison.