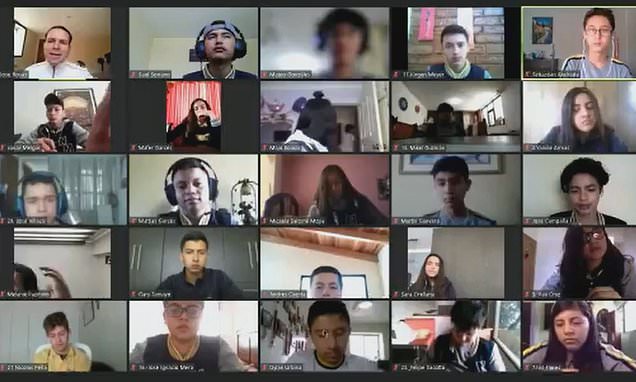 Just when you thought online classes were safe.

We all knew the moment the world began implementing work-from-home strategies in the age of coronavirus, that it was only a matter of time before a whole bunch of viral Zoom cock-ups and controversies headed our way.

One thing I didn’t expect though was for thieves to break into the home of a schoolgirl in the middle of her online class and rob her in front of her shocked classmates:

Wild stuff. Here’s a ‘rough translation’ of what was said thanks to Tabasco611 on Reddit:

Teacher: talking about his lesson

Student 1: They are robbing the house of “girl’s name” !

Student 2: repeats “They are robbing the house of “girl’s name” !

Student 1: They are robbing the house of “girl’s name”!

Student 2: They are robbing the house of “girl’s name”!

Student 5: They are robbing?

Teacher: I don’t know where her house is!

Student 7: It’s by the “name of neighborhood”

Student 3: Does anyone have her parents phone number?

Student 7: I have her moms phone number

Good news in the end though according to MailOnline – the thieves were arrested shortly after the home invasion and the girl got her computer back. All’s well that ends well eh? Well aside from the trauma of being robbed in your own home as your helpless classmates look on from their laptops.

As for the thieves, probably not a great idea to go around breaking into houses during peak Zoom hours. Chances are you’ll have a whole bunch of witnesses watching and more police available to arrest you seeing as everyone’s indoors right now. Get with the times people!

For the gamer who accidentally had a wank in front of the world after completely forgetting that he was livestreaming, click HERE. Mortifying.