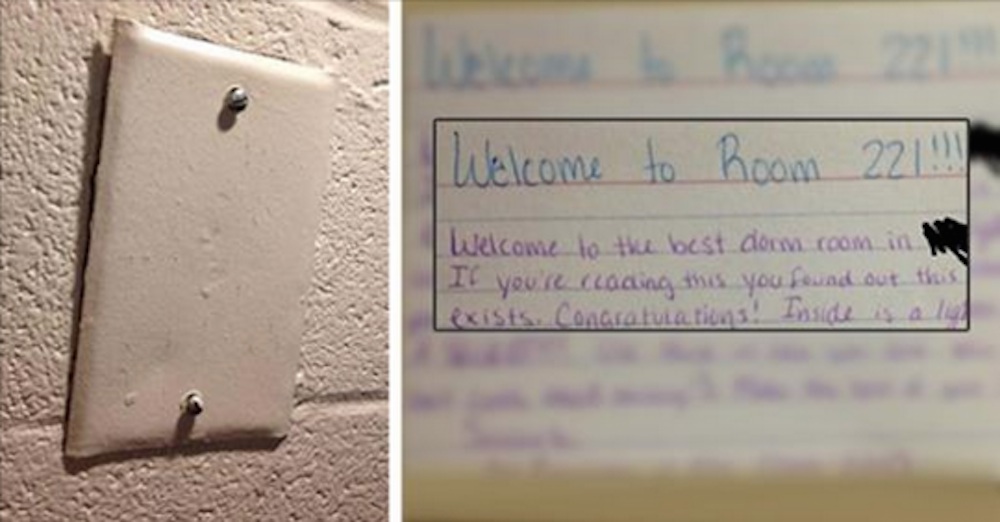 If you found this on your first day of uni you would be pretty buzzing.

A guy on Reddit named Dooiechase97‘s has got a mate who had a great surprise when he moved into his dorm room for university this week as the previous inhabitants had left him a little surprise.

After his parents had left him in his room, he started poking around and noticed a compartment on the wall that didn’t really look like it belonged in the room (see above). He removed said compartment and found what you would probably describe as a ‘fresher’s starter kit’, along with a note welcoming him to university: 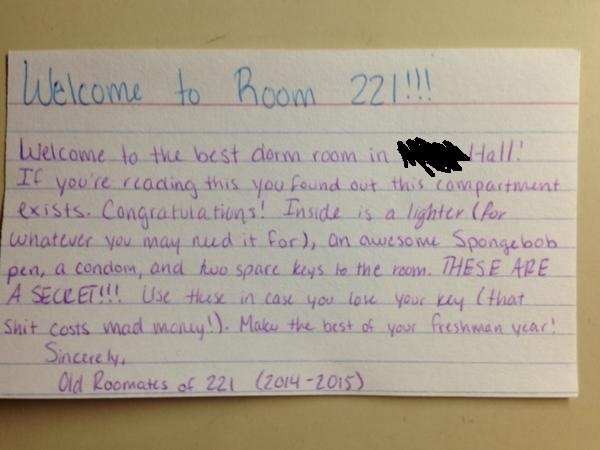 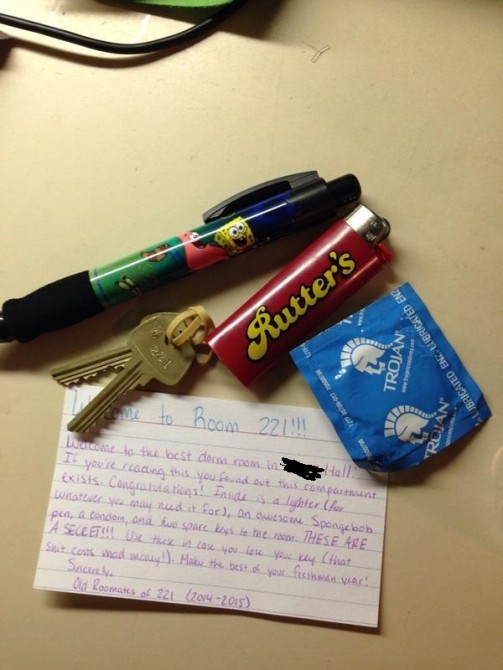 What absolute chillers. Although I’m not really sure why anyone would need a Spongebob Squarepants pen in 2015 at university (everyone just takes their laptops to class now right?), everything else in this pack is completely necessary and completely useful for your first few weeks of uni. Especially the replacement keys – they’re actually really thoughtful as those things do cost money and 90% of dumb freshers are probably going to get wasted and lose them at least once during their first couple of weeks.

If I was going to leave a welcome pack like this I probably would have made it a bit better though – maybe some info on where to hit up around town or the number for a dealer or even a bag of weed for these new freshers as they’re going to be things they might not know or be able to get when they’re arriving in this new city – but you can’t really complain about it can you?

For more secret passageways that aren’t quite so cool and are actually downright terrifying then check this out.