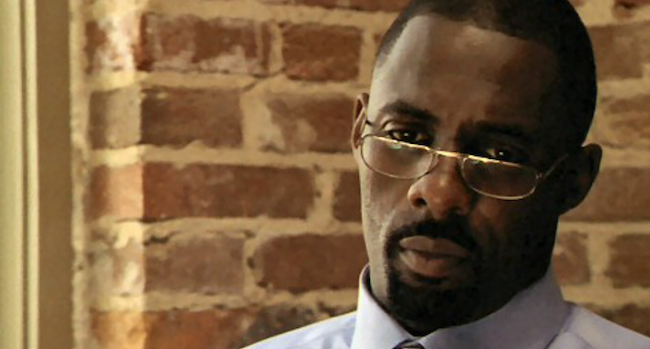 Way back before The Wire was even in a twinkle in David Simon’s eye, Idris Alba was delivering pizzas all across space.

Way back when before David Simon had even thought about writing the pilot to The Wire, Idris Alba was a young actor playing a bit part in a crappy 90’s science fiction cop show called Space Precinct about two human cops who had to police a zone of the city that was full of aliens. The guy who created it had also created Thunderbirds. I remember watching it back in 94/5 and thinking it was really good, but on reflection it was actually really, really crappy.

In this clip, this weird bad guy is hanging out with some aliens in his lair and uttering lines like ‘Not to worry doll, you just concentrate on what you doing best – being beautiful,’ when Stringer Bell shows up with a pizza. Wait until you hear his voice and see the overdub.

Apparently Idris Alba’s American accent was so crappy at this point that he wasn’t even allowed to attempt to use it. Even so, there’s one look he gives when the bad guy shuts him down on the screen that just oozes Stringer Bell and makes you realise that that pizza boy is gonna grow up to be a major drug lord one day.