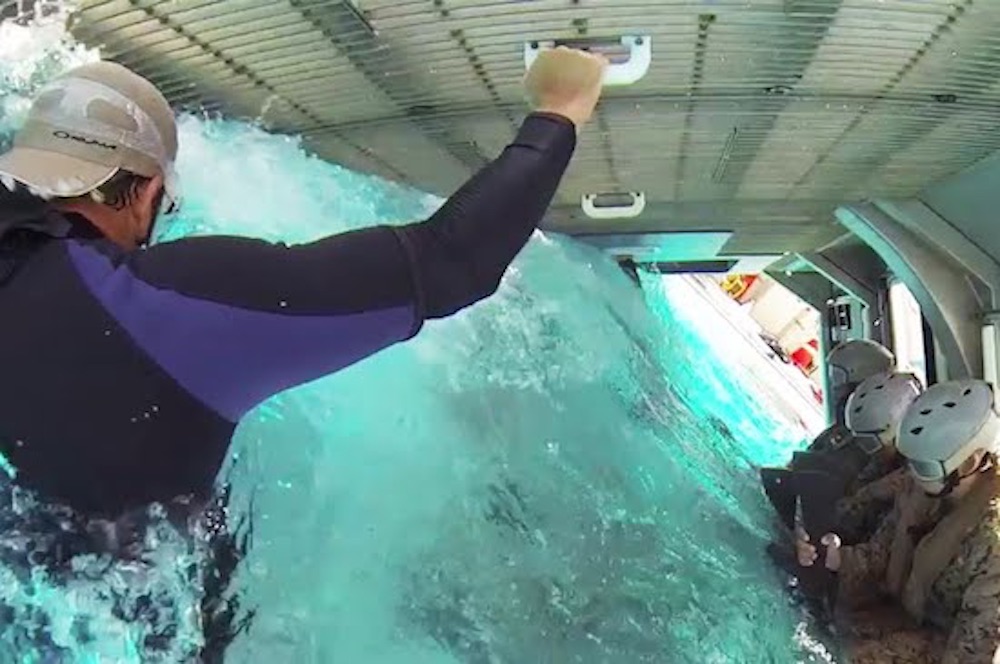 It’s fairly obvious that if you’re going to become a Marine then you’re going to have to deal with some pretty stressful situations and probably have to pass some pretty far out simulations in order to earn your stripes. Even after watching G.I. Jane though, I’m not sure if anything could have prepared me for this level of intensity.

In this simulation, soldiers from 24th Marine Expeditionary Unit learn how to escape from a submerged aircraft while training at the Helicopter Underwater Egress Trainer aboard Camp Lejeune. As you do – probably just another standard Tuesday for these guys.

Jesus. I mean I get why they would train the marines for these kinds of situations – you can never be too prepared, but that is intense and very realistic. I mean if people weren’t monitoring them there and then they could actually die if something screwed up in their training or they messed up or whatever. Geez.

I guess that’s why they’re the best of the best though, they just deal with this kind of stuff on a daily basis. If you don’t believe me, check out this video of a couple of them in action too.