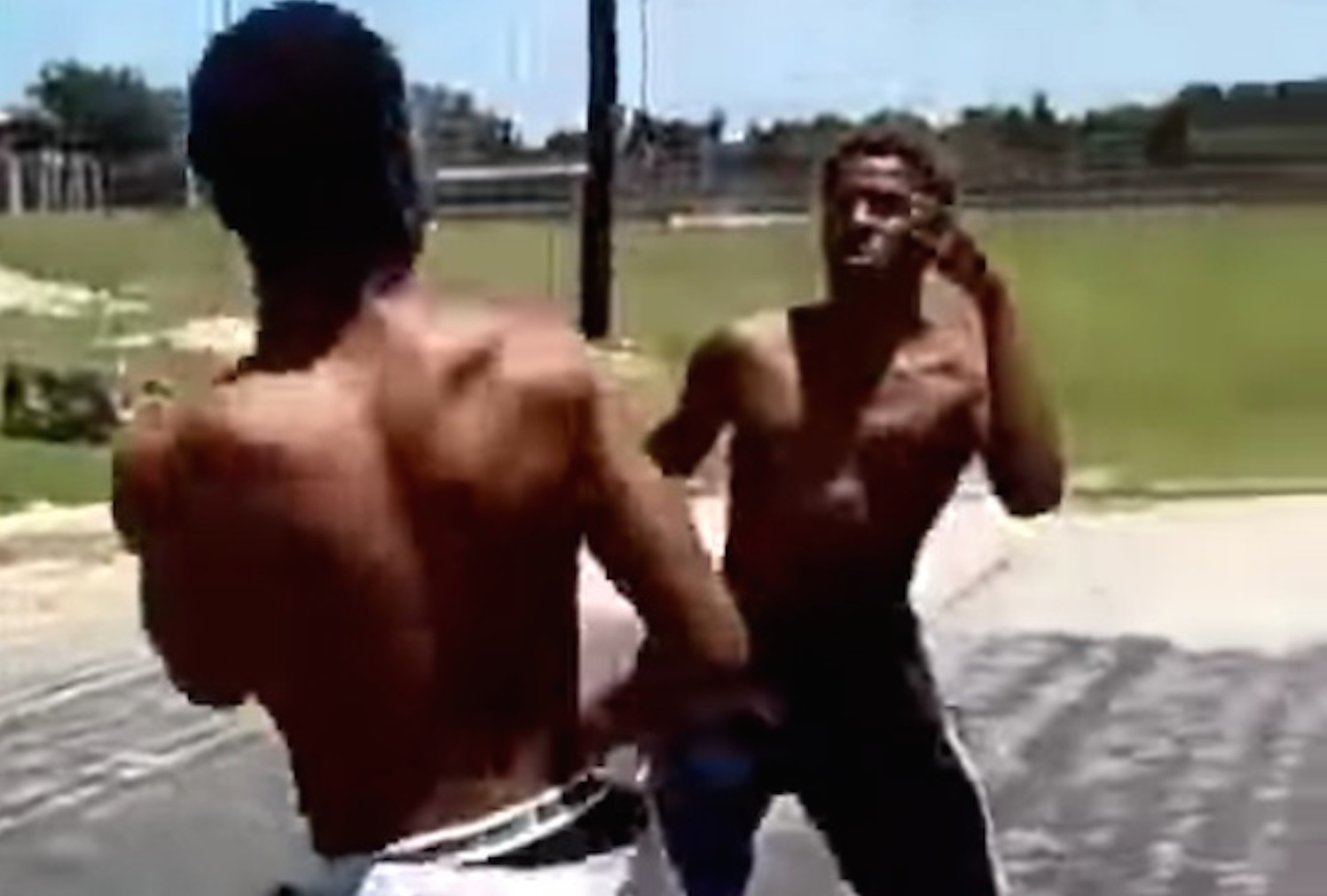 When you’re a teenager, one of the biggest problems you have is how to work out how not to get embarrassed by your parents in front of your friends.

Most of us only have to worry about this when we’re getting a ride somewhere or getting picked up, but for some of us it seems like there’s a very real possibility that your dad might interrupt you when you’re in the middle of a street fight and shut it down. Now that’s probably going to be one of the most embarrassing things ever and it certainly looks like that from the video below:

Whoa. That is a seriously intense video. There’s so much to love about it – I love the car screeching to a halt right in the middle of the fight, I love the dude being like, “oh shit it’s my daddy,” I love how all the kids just go completely silent and meekly wander off after the dad comes in and starts shouting at them and I especially love that one kid at the end saying, “glad I don’t have a daddy.” I bet he has been waiting his whole entire life to say that.

Seriously though, that kid might have been saved from getting a battering (it looked like the other kid was going to take him I reckon) but man, is his reputation going to be in smithereens after that. Ain’t ever living that one down, especially after it’s gone viral now. Sorry dude.

For more embarrassing parents, check out these parents who completely owned their kids via Facebook.