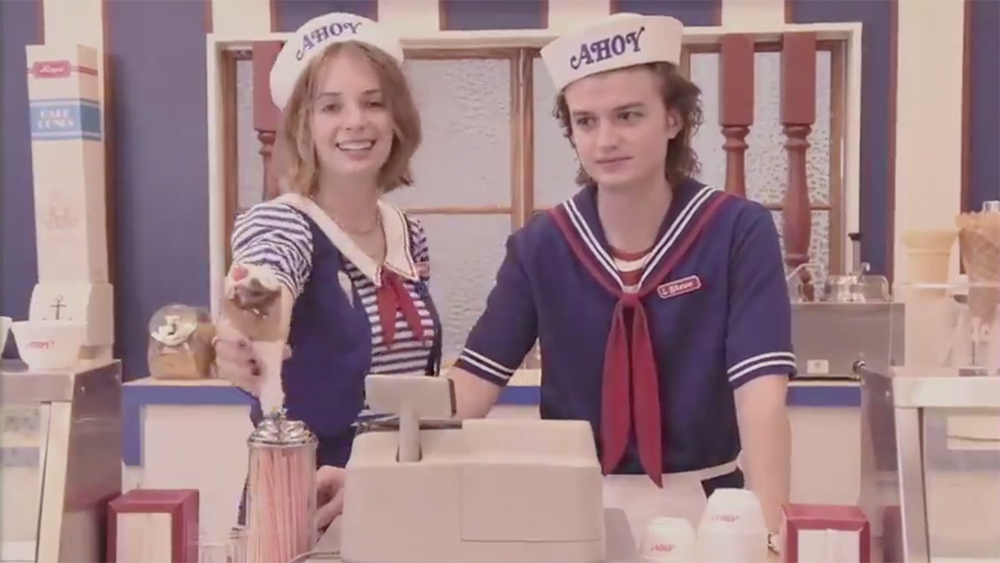 Stranger Things is one of the most popular TV shows of the past few years, so it’s no surprise that people are excited about the upcoming third season.

We haven’t really received many details about it yet other than it’s slated to premiere sometime next summer, but Netflix have just released the first teaser trailer for it and well, take a look at it yourself below:

OK so what did we get from that? Not a lot really other than the fact that a mall has opened in Hawkins and King Steve works at the ice cream parlour there and probably hooking up with that other girl in the video too. Cool job bro.

For more Stranger Things, check out this bad lip reading version of it which is surprisingly awesome. Nicely.