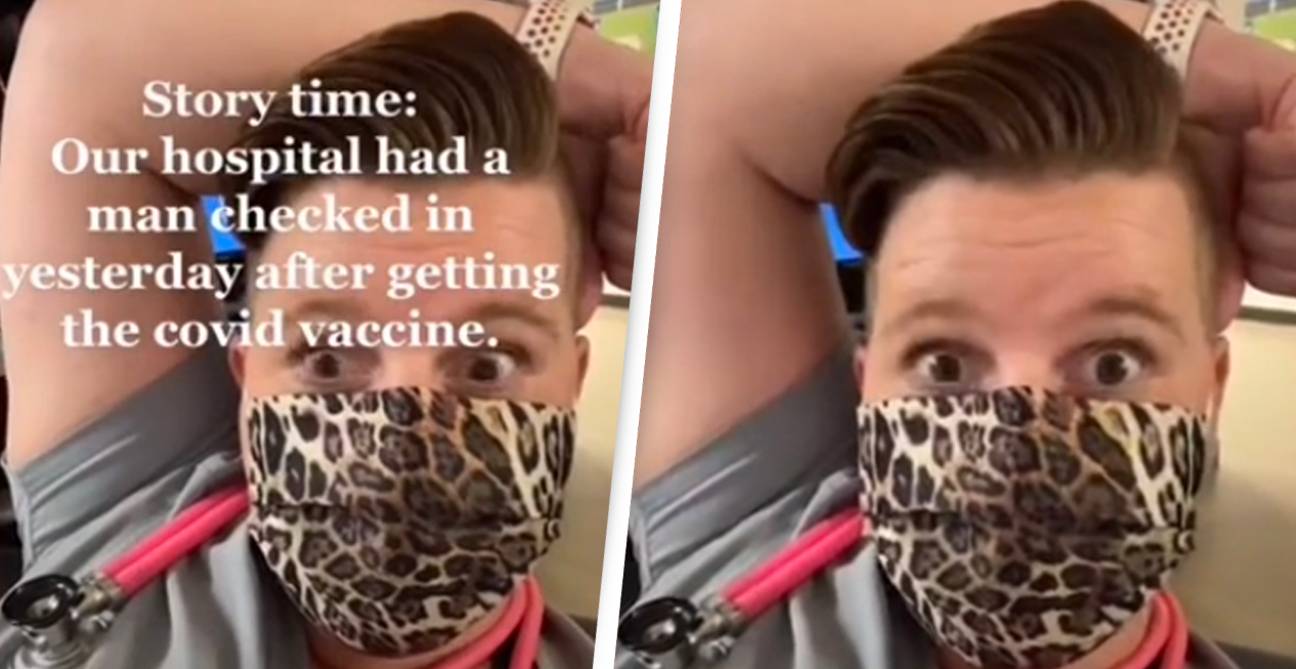 Another reason not to get the vaccine.

One of the enduring narratives of society at the moment is the anti vax/pro vaccine debate and whilst I’ll admit that there are a number of valid reasons for people not wanting to take the vaccine, there are also a bunch of completely ridiculous ones that people have literally just made up after spiralling down a rabbit hole of YouTube videos.

This is perfectly exemplified in the story below that a healthcare worker has decided to share on their TikTok account, because obviously that’s the way that professional people choose to share details about their occupations now. The nurse tells a story about a patient at their hospital that is so stupid that it literally sounds like it was made up, as a guy says that he was kidnapped by a gang and forced to take the COVID vaccine before then cutting his own testicles off because he thought that a tracker had been implanted there as result of his forced vaccination.

OK so it seems like the nurse has deleted the original videos now but trust me when I say that he followed this one up with a couple more where he talks about the gang kidnapping the patient. He also said that following his hospital visit, the guy said that he would have to move house in case the gang targeted him again.

How do these people come up with this stuff? There’s literally no way that any of that could be true? Scariest part is how he says that the nurse said that the guy seemed 100% normal aside from all this. Could be any one us.

For more of the same, check out Bill Gates talking about how vaccines don’t contain microchips that track you. Can you trust him?