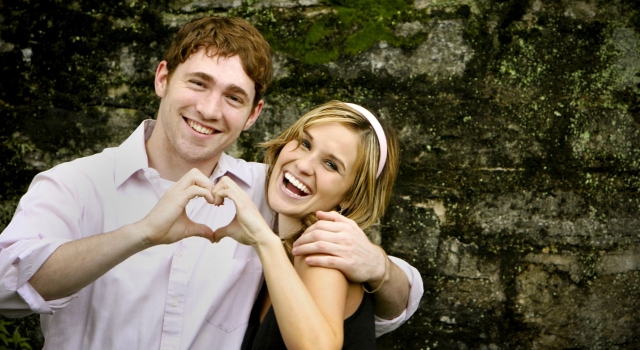 We call bullshit on all the special snowflakes who want you to know, on an irritatingly regular basis, just how wonderful their lives are.

Fun fact: you’re probably doing a lot better than you think. If you don’t think you are, it’s possible you could be judging yourself by the achievements of your peers, and it’s equally possible that those “achievements” are being broadcast freely for all to see via social media, most commonly through Facebook. What you might not realise is that these achievements are a smokescreen, concocted via something called image crafting. And you’ve fallen for it hook, line and sinker.

Image crafting is the term which applies to any social media update which is designed specifically to affect the way people think about the person posting it. More often than not, it’s used to present said person in the best light possible. This is someone, so we are led to believe, with a stimulating and fulfilling career and as an added bonus, a loving, sexy soulmate in tow. The filling between these two main slices of the image crafting sandwich consists of words and pictures showing just how FUN and INTERESTING and DYNAMIC this person’s life is. And they positively love reminding people about it.

â˜› Not Worth Bragging About: Ex Deputy Mayor Has Dick Pics Uploaded To Facebook

What makes most image crafting so very contemptible is one key factor: it does everything to benefit the crafter, and nothing to benefit anyone else. So for example, if it’s snaps from that awesome holiday you had, pics of your new kitten or something which you think might bring humour/light-heartedness or joy into someone’s life then go for it! But if it’s something that makes YOU and ONLY YOU look like the dog’s bollocks then that’s a different matter entirely.

I’m sure you’ve seen numerous examples, veritable shopping lists of ticked boxes and unlocked-achievements: “Just done 4 hours of yoga under a waterfall before going out to eat lobster with my fiancee! Can’t wait to tell everyone at work about it tomorrow lol! Loving life!” and so on.

These collections of cherry-picked moments are the new social currency: we don’t just tell the people around us what we’re doing, we have to show them, and we have to show them in such a way as to make our lives look like shining beacons of positivity and accomplishment. If you’re not hitting the necessary targets each day for living the dream then you may feel like your life, by comparison, is frustrating and dull. Only it isn’t.

Anyone who is swayed by image crafting has forgotten one key thing, which is that for every Kodak moment these people are broadcasting, there are several less desirable ones they are leaving out. We all bleed red and we all wipe our arse. Couples fight. Family dramas cause havoc. Jobs are punctuated by regular intervals of stress and tedium. Above all, the most important thing to remember when dealing with image crafting is this; image crafter’s lives, on the whole, are average and unremarkable. We’re not dealing with astronauts, freedom fighters or Nobel-winning scientists here. We’re dealing with people who get up, go to work, come home and go to bed. That’s it. These people are not special by any means, but they have inflated their own sense of worth by shining a spotlight on a couple of choice moments from their otherwise mundane existence, while at the same time pretending that the bad stuff, in social media terms, doesn’t exist at all. That’s it.

We are made to feel as if we must appear popular and exceptional at all times. Our holidays have to be the best holidays. Our jobs have to be the best jobs and our social lives must be a whirl of amazing nights out and picture-perfect days teeming with sexy, beautiful people. If we are not billboarding these, then we may feel like we have failed. But we haven’t. We’re just not showing off.

â˜› Read This Next: Can We Survive Without Social Networking?

Exactly why someone wants to image craft their life to a fine shine is anyone’s guess: they could be insecure, they could just be a bit of a dick. Perhaps their lives really ARE that amazing (in which case good for them), but in all probability, they probably aren’t.

Most of us, including me, are guilty of it to some degree, but some are most definitely more guilty of it than others. The most vital qualities in any human being are kindness, hard work, curiosity and understanding. If you were sensible, you wouldn’t need to showboat any of them, you’d just get on with it. It’s okay to fuck up. It’s okay to not be living a dream life, or maintain the appearance of one.

So take a deep breath and go easy on yourself if you have’t scored the dream job/partner yet. If something in your life needs fixing then fix it, but in all likelihood you’re doing just fine and pay no heed to anyone who is showing off any of the above like prize poodles. Anyone who is that desperate to validate their existence  is trying way too hard, and you don’t need to. No-one does.