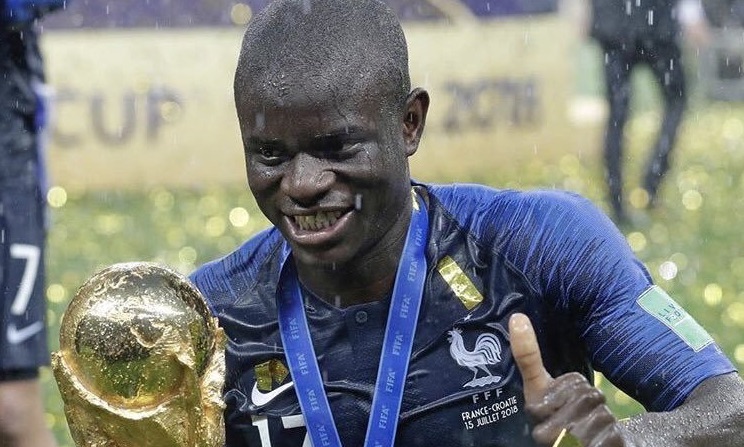 As I’m sure you’re aware, France won the World Cup for the second time yesterday and there were some gigantic celebrations amongst the players as they lifted the cup.

Whilst most players couldn’t wait to get their hands on it and raise it above their heads, there’s a story emerging that N’Golo Kante was too shy to ask his teammates for it and so Steven N’Zonzi had to ask them to give it to him. Kante has a reputation for being humble and a tireless, selfless midfield player so I’m not really that surprised about this story either. Pretty much sums up the guy to be honest.

Nzonzi telling the players to give kanté the trophy, then giving the trophy to him before getting a photo for himself. What a nice guy! pic.twitter.com/wjdtz0B5e7

Really heartwarming stuff. Apparently Kante didn’t want to ask for the trophy as he didn’t want to impose on his other teammates’ time with it. His face when he managed to finally get his hands on it and pose with it is just a picture too. What an absolute legend.

For more of the same, here’s Conor McGregor hanging out at the World Cup final with Vladimir Putin. As you do.