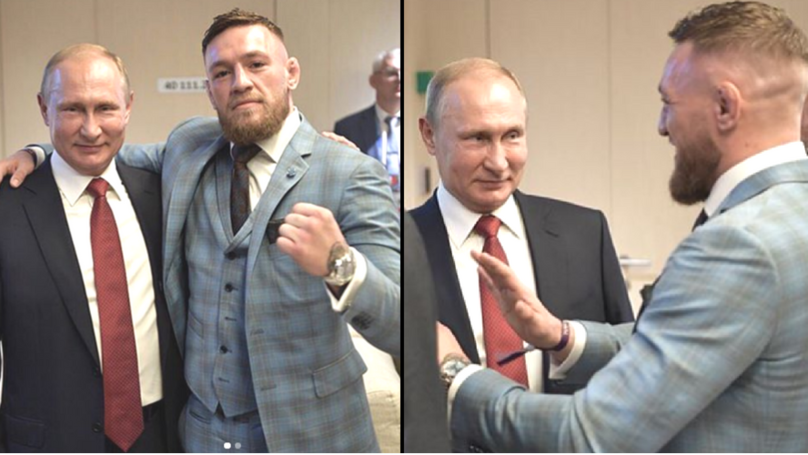 With World Cup fever enveloping the planet for the past month, it’s been fair to say that the usual headline stealers haven’t really been getting as much action  as they have in the past, but Conor McGregor wasn’t having that and decided to try and usurp the biggest event in the world by showing up and making a scene.

Whilst he didn’t do anything stupid like attack a bus this time, Conor instead claimed that he was invited to the World Cup final by Putin himself and then went on to praise him as one of the greatest leaders that the world has ever seen. Here’s what he had to say:

I mean what? I know Conor McGregor is a big deal and everything but is he such a big deal that he’s the only person that the President of Russia personally invites to the World Cup final? Surely not? I mean I guess this might be something to do with Conor fitting Khabib in Russia but it all just seems a bit over the top and extravagant doesn’t it?

I guess it’s got everyone talking though and that’s exactly what Conor and Putin probably had in mind when they decided to get together and take their pictures. There’s a reason why they’re millionaires and I’m not.

For more Conor McGregor, check out this leaked footage from his first ever fight. He was good even back then.