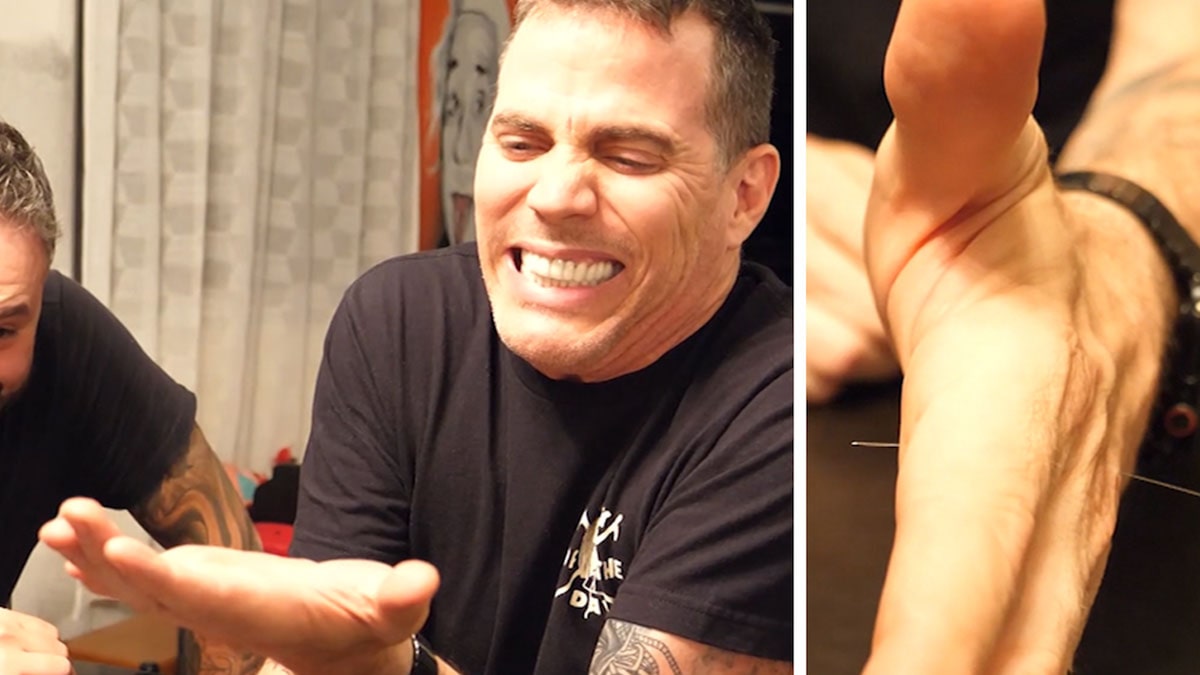 Despite coming off the drink and drugs many years ago, Steve-O is probably just as mental as ever when it comes to mutilating his body and putting himself in unnecessary amounts of pain.

I guess you’ve got to replace the rush of booze & coke somehow, but somehow I don’t think jamming a needle all the way through your hand is the way to do it. But you never know until you try right?

Or maybe like he said the only reason he did it was because his hand hurt and he thought jamming a needle through it would ‘help’. Again, can’t know for sure until you try. But I think it was just an excuse to see if he could get a little buzz going from it. Gotta be better than all the shit he was on before anyway.

For a video of Steve-O breaking down every drug he’s ever done (spliced with footage of him on said drugs), click HERE. It’s a real eye-opener.