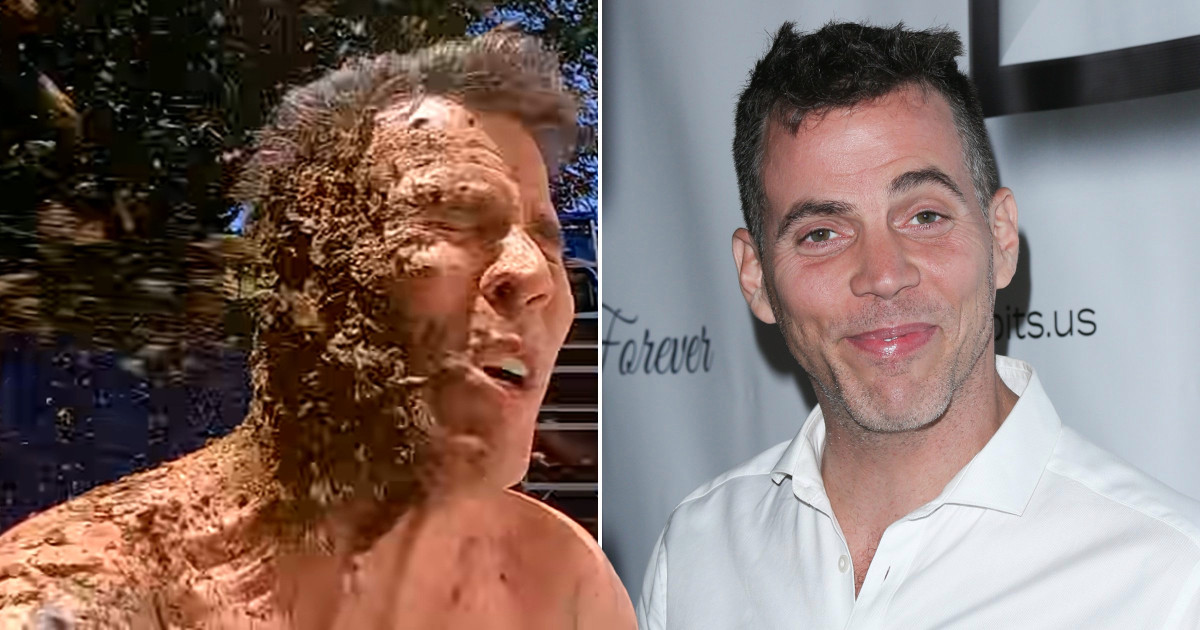 There’s been quite a lot of hype over the past week about the new Jackass movie after we saw our first glimpses of it and heard a couple of stories about it and now here’s another one to whet our appetite even further. Sorta.

Steve-O shared the footage on his YouTube channel, telling us that he came up with the stunt where someone shot dog poo at him out of a t-shirt cannon for ‘Jackass 4’ but it wasn’t good enough for the final cut. However, Steve-O still wanted to go through with the stunt, but sadly it ended up screwing him up so much that he burst his ear drum and had to go to the emergency room to get his ear flushed.

What an idiot, but I suppose at this point we expect nothing less:

I bought a T-shirt cannon for Jackass 4. The idea was to fill it up with dog poop, and have someone get shot in the face with it.

But the director Jeff Tremaine didn’t think the idea was really clever enough, so it didn’t happen.

I didn’t put in any ear plugs or goggles… what was I thinking?

My ear canal is filled with dog s*** and it came with such force that I’ve done serious damage to the middle of my ear.

Yeah, that is kind of stupid and embarrassing but you would think that the guy would have learned to be a bit more careful about things this far into his career. Wouldn’t really have been very ‘Jackass’ if he had used safety goggles and ear protectors though would it?

You wonder if the guy is ever going to stop, although at least we know that ‘Jackass 4’ is going to be completely wild if this was one of the stunts that didn’t make it to the final cut. Can’t wait.

For more of the same, check out Steve-O calling out Bam Margera for saying the ‘Jackass’ crew abandoned him. That sounds like a tough situation.