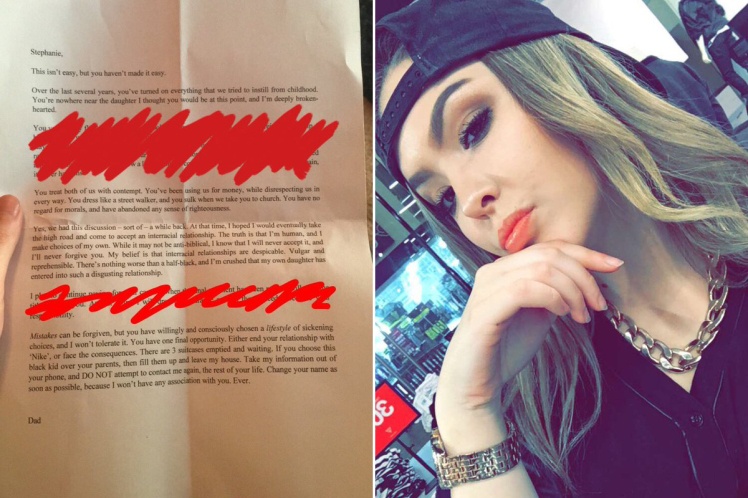 Remember that letter that went viral the other week – the one that 19-year-old Stephanie Hicks claimed was written by her dad who had disowned her for being in an interracial relationship? 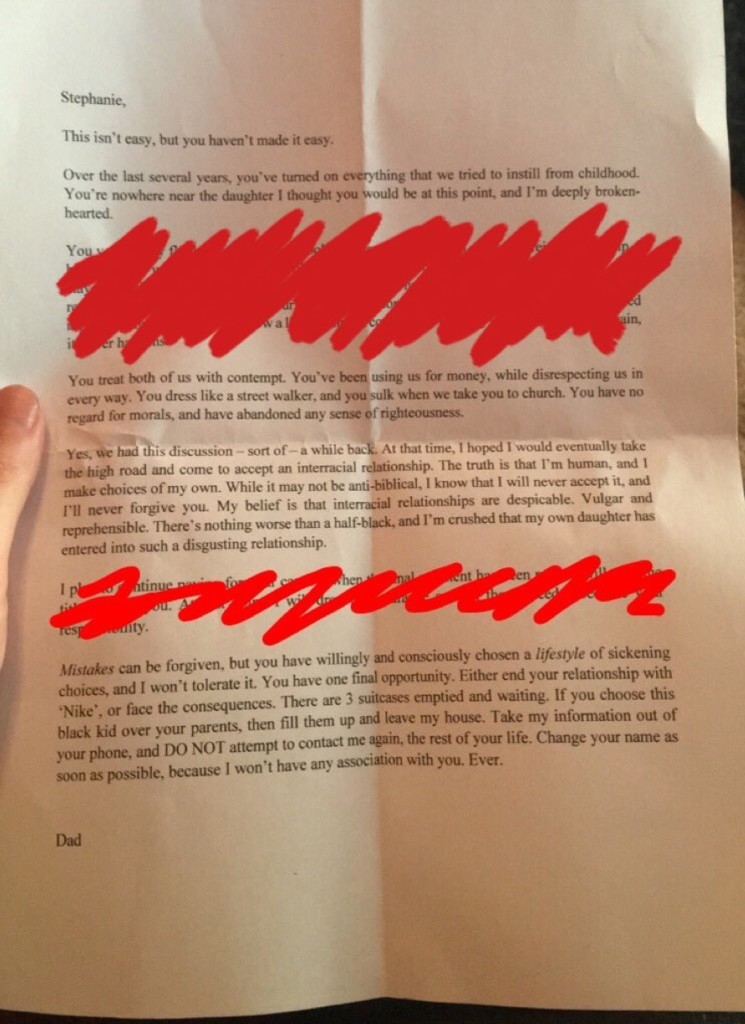 And here’s an update from the girl’s Twitter (which she has since switched to private): 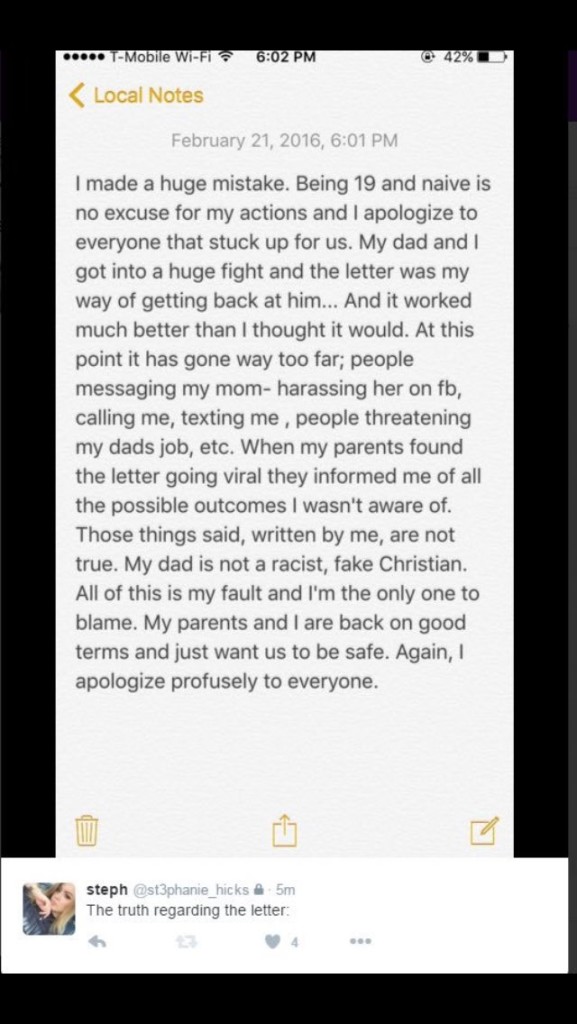 The boyfriend is real though, here’s what he’s saying:

Well, I for one am pretty relieved this letter turned out to be fake. I mean of course there are still people out there with painfully backwards and racist views in 2016, who would probably write this kind of letter if their daughter hooked up with a non-white kid. But still good to know that the one example we had of it actually occurring turned out to be a dumb hoax.

At the same time though, SAVAGE move by this girl nearly ruining her dad’s life like this. It’s actually scary how she even crossed out parts of the letter to make it look more legit. That is some next level psycho intelligence at work. Even though it looks like it’s all been sorted now, doubt her dad will ever be messing with her again.

Now if only what came out this judge’s mouth on Holland’s Got Talent was also a hoax.