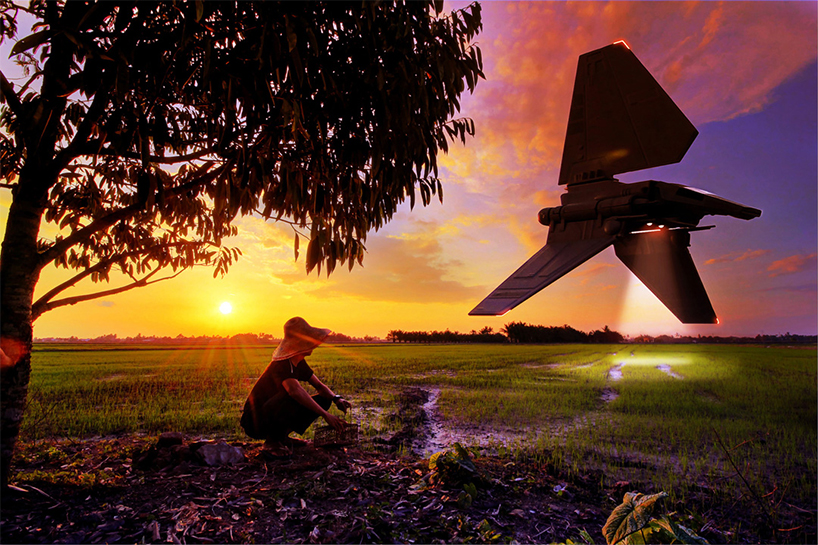 Instead of just Photoshopping some Star Wars memorabilia into a photo he’d already taken, Batin really went the extra mile. He set the photos up using models and then smoothed it all together after the fact using some kind of computer wizardry. 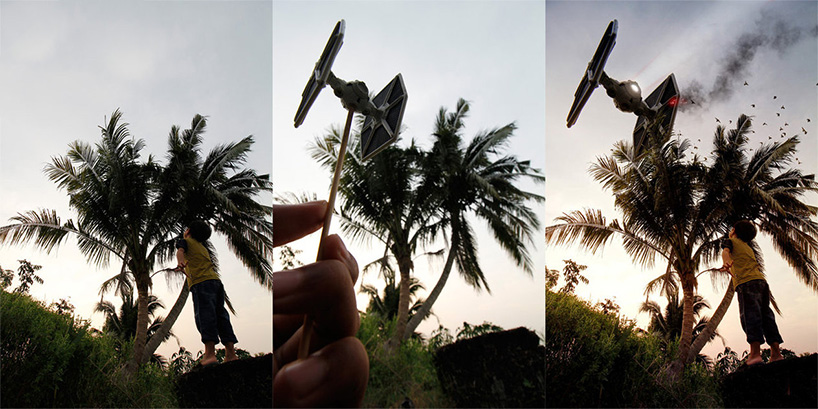 It really makes the difference. Any how, regardless of the skills and time it took him, I love the images because I love scenery and Star Wars, so shoot me.

Check these out over the following slides: 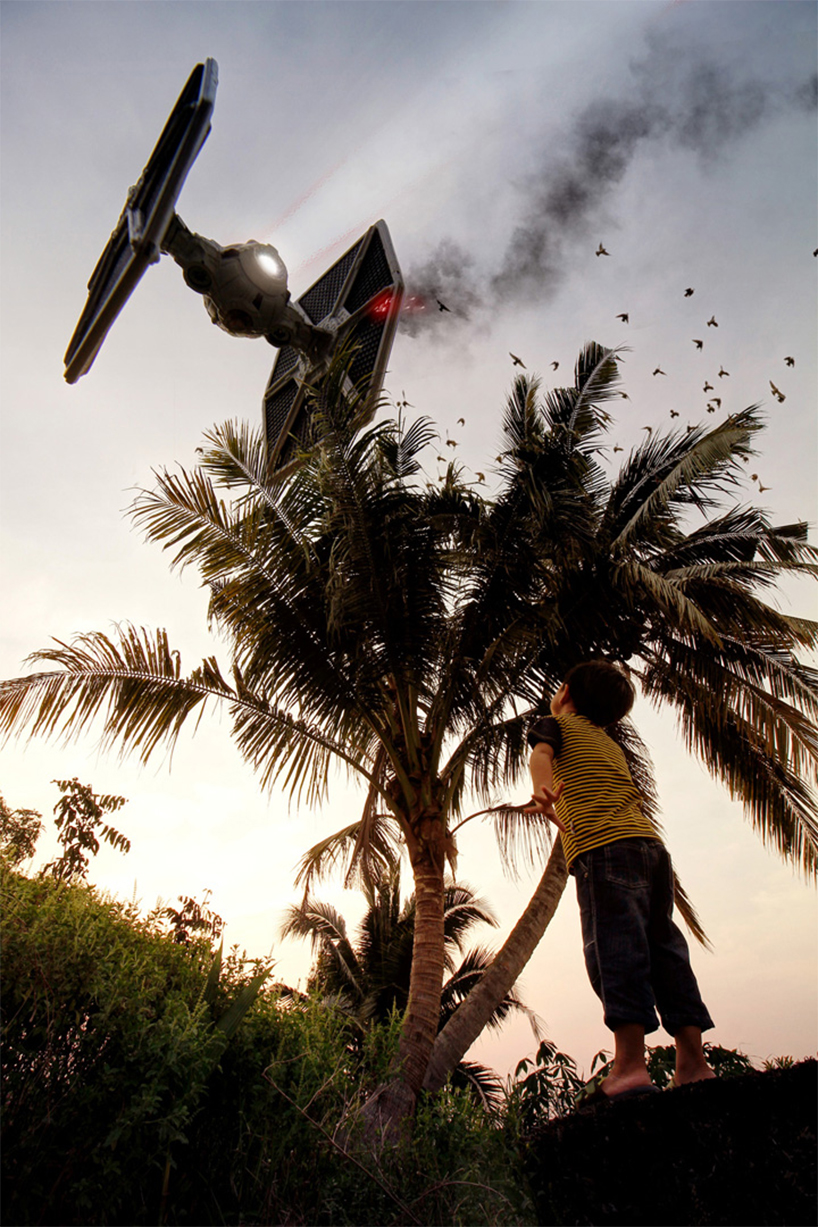