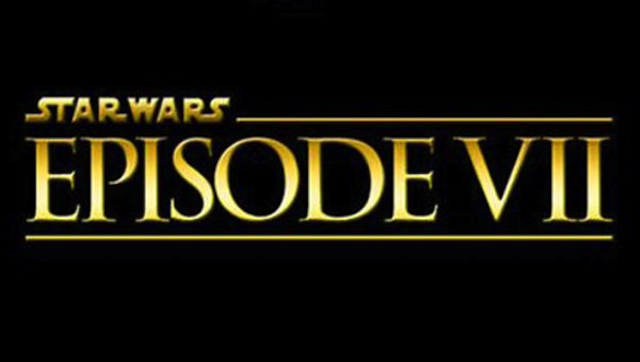 This is the news that Star Wars fans have been waiting almost 30 years for. Spoilers, obviously.

Sci fi fans have been losing their shit ever since it was announced that the Star Wars saga was finally going to have the final there episodes made, and they lost their shit even more when the cast of the movie was announced and even more so when this leaked footage from the movie got out. They probably need to prepare to get even more ready to lose their shit now because details of the plot have today been leaked, which is probably the kind of thing they’ve been waiting ever since they were five years old to hear.

Of course, these haven’t yet been confirmed by JJ Abrams (the man behind the Star Wars revamp) as being true but the fact they’re all over the internet right now gives you some indication that there must be at least something vaguely correct about them. If you read on any further, then obviously you’re going to come up against some spoilers so be warned.

Badass Digest can say it better than I can and apparently have the inside scoop (I also don’t want to get sued if I had my own interpretation of what they’re saying into it or anything like that) so I’ll leave it to them to explain it. Here goes:

‘Imagine the standard Star Wars crawl, and when it ends the camera pans up to the stars. But instead of a spaceship zooming into frame we see… a hand! A severed hand, tumbling through space. A severed hand gripping a light saber.

That hand falls onto a desert planet, where it is discovered by characters who will be our heroes. One is Daisy Ridley. The other is John Boyega, who is playing someone trying to change his path in life (again, I’m keeping it vague here). They recognize the light saber as a Jedi relic and decide to return it to the proper people.

Their quest takes them off world, and they meet up with Han Solo and Chewbacca, who aren’t flying around in the Millenium Falcon anymore but are piloting… well, that could be a spoiler. I’ll leave it. Anyway, Han and Chewie recognize the light saber as Luke’s, and they say they haven’t seen their friend in thirty years, since the events of Return of the Jedi.

So begins a quest to find the missing Jedi Master. Meanwhile, on an ice planet, nefarious forces are building a super weapon, one capable of destroying not planets but entire solar systems…

In many ways this plot of Episode VII is an echo of A New Hope. Instead of R2 coming to Tatooine it’s a hand falling from the sky, but the basic sweep of the story is similar, and intentionally so. But things that seem familiar may not be as familiar as you think – don’t assume that every ice or desert planet in the galaxy has already been visited, if you know what I’m saying. ‘

Well, what do you think? It sounds OK if you ask me and could work, although much like the original Badass Digest article states, the fact that they’re deliberately mimicking the plot of A New Hope does kind of make my eyes roll, although at the same time it could end up working really really well as everyone who loves Star Wars could absolutely love it if they pull it off as it’ll be like watching a remake of their favourite movie, only better.

On the other hand, it also sounds vague enough and lame enough that it could have been written by anyone who has the vaguest knowledge of how to write Star Wars fan fiction. I guess we’ll have to wait until December 2015 to find out for sure which one it is, and whether or not JJ Abrams can actually do Star Wars justice, whether this is the plot or not.