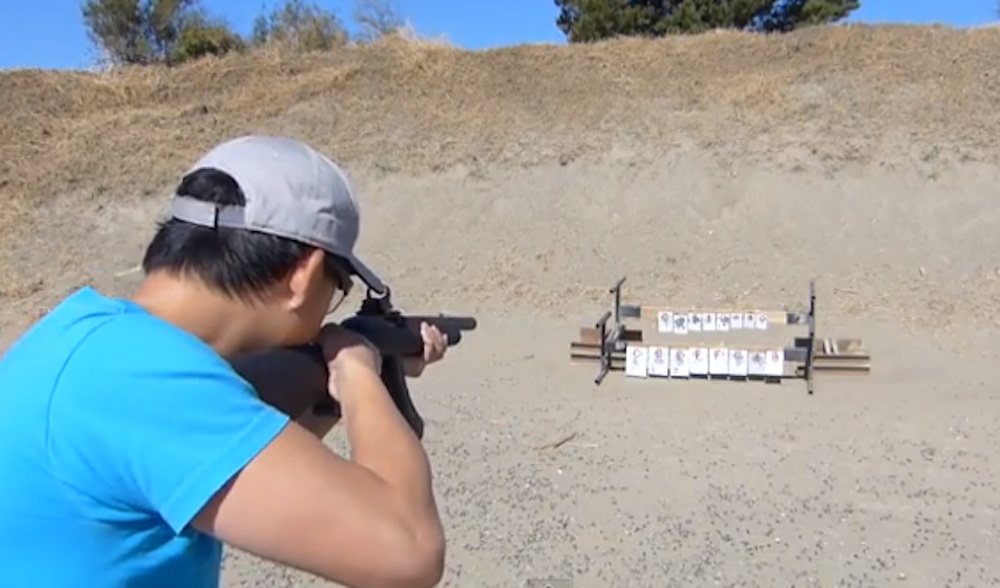 It’s Independence Day over in America and it’s fallen on a Saturday so you can bet everyone over there is firing up their BBQs and drinking a load of beer and shooting a lot of guns. I mean what better way to celebrate, right?

Well, this guy called Chris Cheng has come up with one of the most American ways to celebrate 4th of July ever, by wiring up some musical targets and shooting them with a rifle in order to play The Star Spangled Banner.

What a crack shot – impeccable timing too. Absolutely majestic, although it would probably be cooler if he had managed to play it with this anti tank rifle instead. If that was even possible.