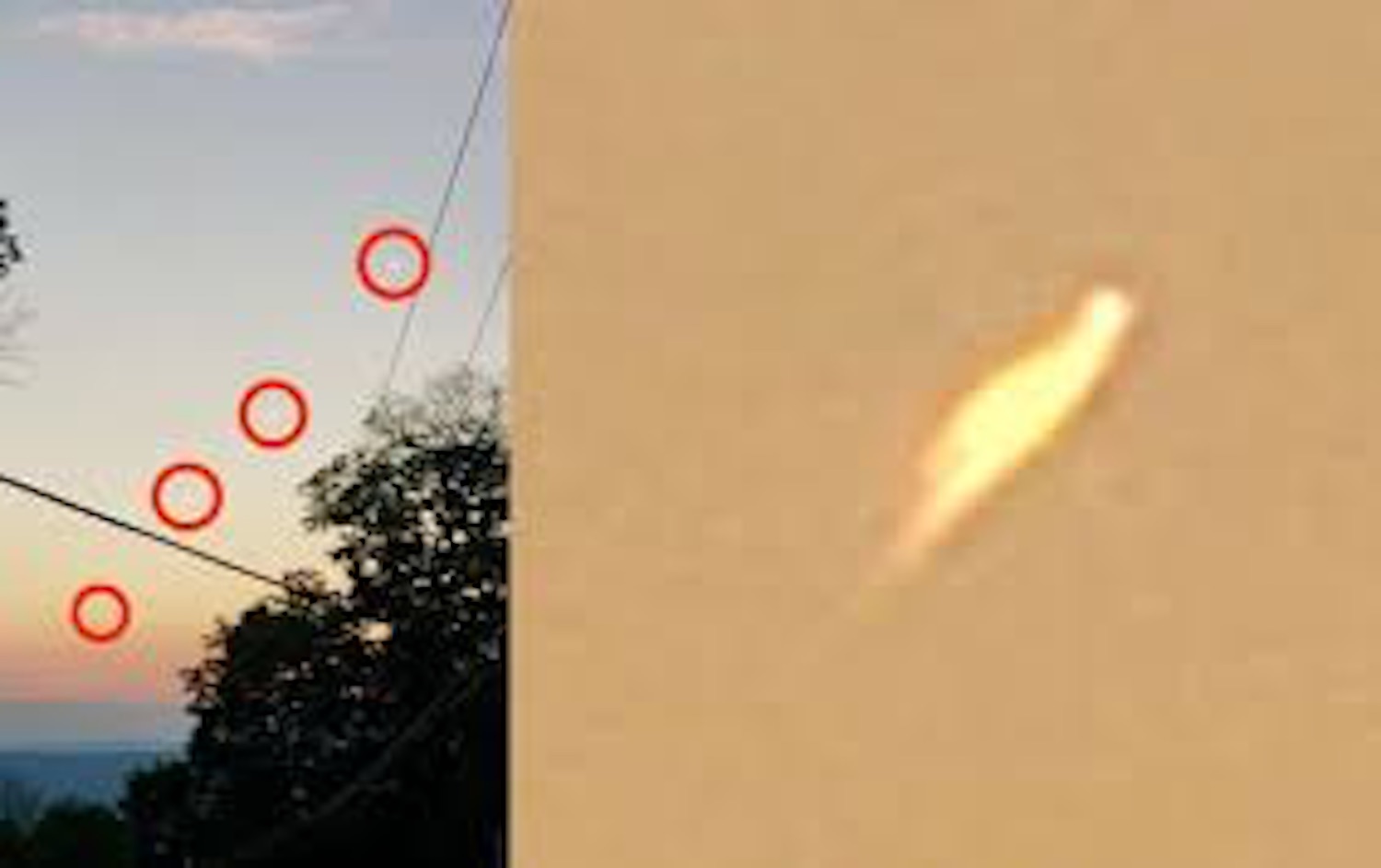 One of the stories that’s gone a bit under the radar during lockdown/COVID-19 is that the US government pretty much admitted the existence of UFOs and said that had previously examined ‘vehicles that were not made on this earth’ and so a whole bunch of new videos from so called UFO experts are now doing the rounds on the internet.

This latest one comes courtesy of someone who was driving through Northeast Pennsylvania at around 8:30pm a couple days ago, when they noticed a few strange lights in the evening sky. They sent them into UFO expert Scott Waring, who has uploaded the video onto his website along with the following commentary:

Now just look at this video, it will blow your mind!

Not one, but five UFOs are seen shooting across the sky during sunset over Laural Run, PA.

The eyewitness was driving and pulled over to record the UFOs.

The objects are entering the earths atmosphere and shooting across the sky! One might be dismissed as a meteor, but five…thats called a squadron of UFOs.

Not so easy to dismiss such things. I’m sure they showed up on military radar, but the US military dismisses them…knowing what they are already.

Yeah I mean, that’s not exactly convinced me of alien life but it’s definitely kind of weird and unexplainable isn’t it? Could easily be jets or some weird debris or anything though couldn’t it? Hate to be a pessimist but I’m not really buying it.

Expect to see a whole load of these videos in the future now that the vat has been well and truly opened thanks to the US government. Not sure if any of them will help us get any further to the truth though.

For more UFOs, here’s Tom DeLonge filming one of the freakiest UFO videos of all time. Seriously weird.