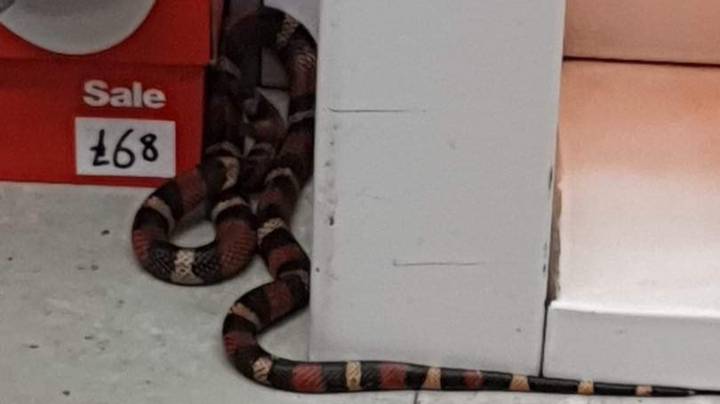 Some more crazy news for 2020 here after the grand re-opening of the high street was halted after a gigantic snake was found in a Sports Direct store in Newton Abbot down in Devon.

Local snake expert Sean Nichol from For Goodness Snakes – good thing there was one of those around – was alerted to the drama and showed up at around 11am hoping to help the creature out of the store. For some reason though, staff refused to hand the animal over to Nichol – even though he was approved by the RSPCA – and instead waited another six hour to send it over to a vet.

Here’s what Nichol had to say about the situation: 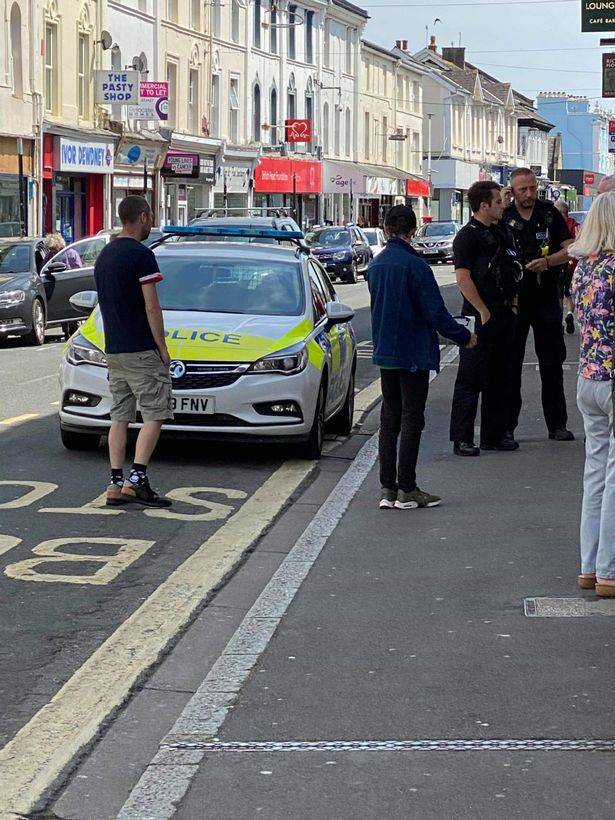 I am furious with Sports Direct. That snake was found at 11am and did not get help until 5pm. It was ridiculous.

I would have had that back at mine and looking after it in no time. At the end of the day, they really prolonged the suffering of that animal.

Don’t forget, that thing could have been in there since March as they only reopened today.

I mean that is kinda weird, although I can understand why they might have been sceptical of some snake expert just showing up because when does that ever happen? Not like you find one in every town is it?

Apparently it all kicked off as well because nobody was allowed in the store and people who had been queuing up for two hours were getting a bit rowdy. The police showed up and everything.

I suppose you can’t really blame them for getting a big upset when they’ve been waiting three months to get in Sports Direct and they can’t because there’s a snake on the loose inside, especially when there’s a perfectly good snake expert standing outside as well. There’s a sentence I never thought I would type.

Hopefully they were able to get in today and the snake is OK now. What a first day back!

For more snakes, check out this video of a snake regurgitating a live snake. Nightmare fuel.