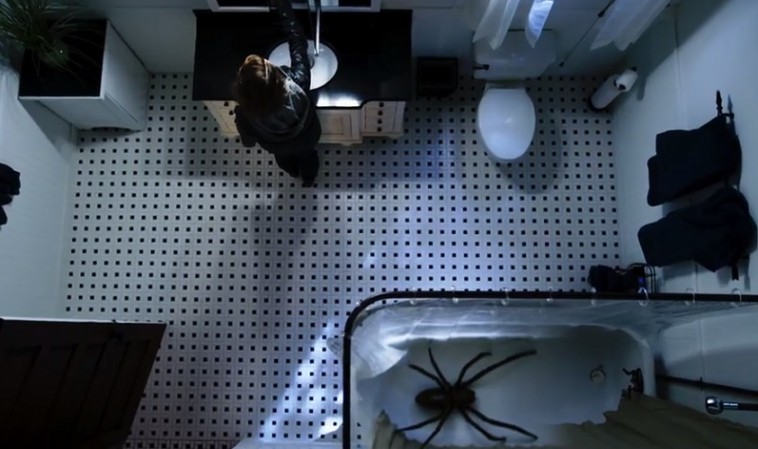 Don’t get caught in its web.

Considering people are so terrified of spiders, it’s kinda surprising that there aren’t more horror movies where they serve as the main villains, with only ‘Arachnophobia’ and ‘Eight Legged Freaks’ really springing to mind immediately.

That is all set to change though with the release of ‘Itsy Bitsy’ next year. The movie tells the story of a nurse named Kara who moves out into the country with her two children – 3-year-old Jesse and 8-year-old Cambria – to live and take care of an elderly man with multiple sclerosis. Once there, everything is fairly normal until she finds an ancient relic and starts messing around with it.

Uh oh – fairly sure you can probably guess where this is going:

They’re leaving a lot to the imagination there, aren’t they? It’s not coming out until next year so expect a lot more trailers/stills to come out before then.

For more spiders, check out this girl who lives in the most horrifically spider infested apartment of all time. Terrifying.