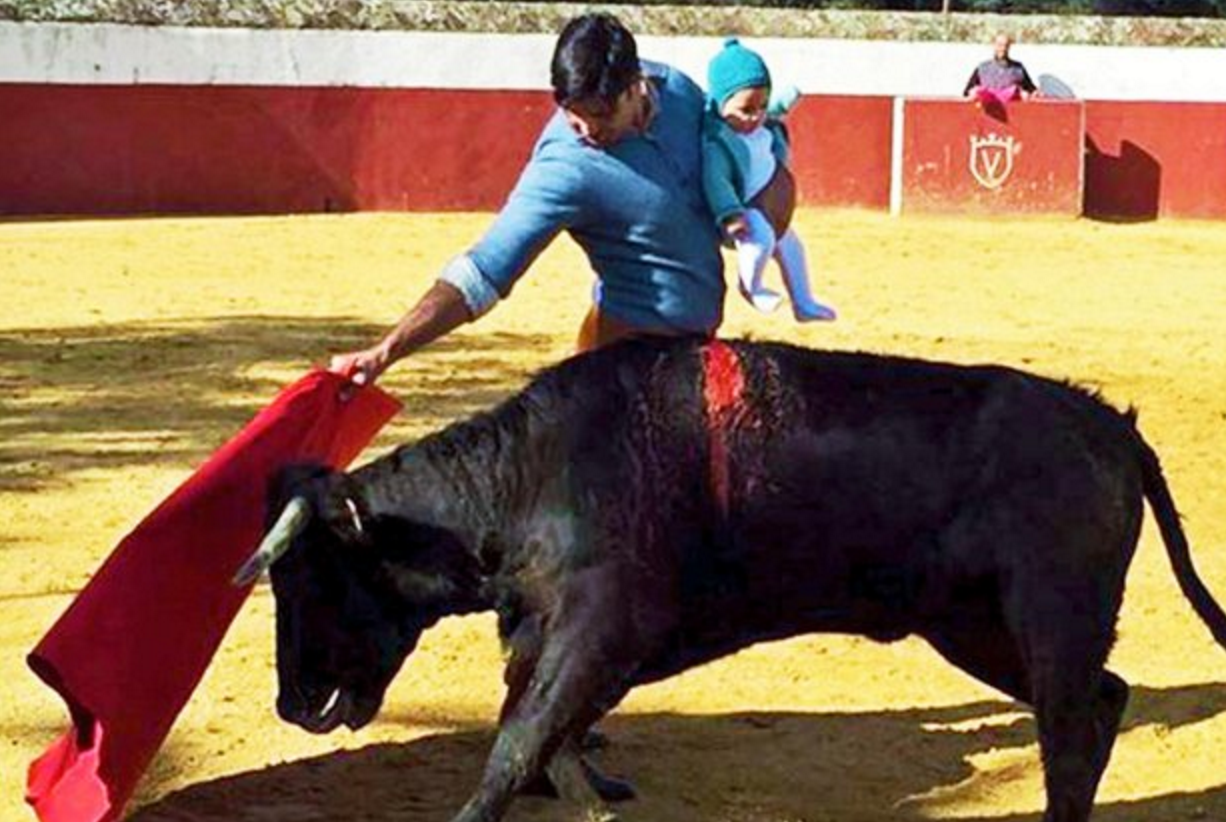 This isn’t going to end well.

One of Spain’s most famous matadors is coming under fire after he shared a picture of himself fighting a bull while holding his 5-month-old daughter in his arms.

Francisco Rivera OrdÃ³Ã±ez posted the photo (above) of himself practising cape work with young Carmen in his arms on Instagram, alongside the caption “Carmen’s debut.”

The Child Protection Agency in Andalucia, where Francisco lives, is investigating whether he broke any laws protecting minors in the process.

A spokesman for the CPA said:

We absolutely reject this and will gather information with a view to possibly taking action. 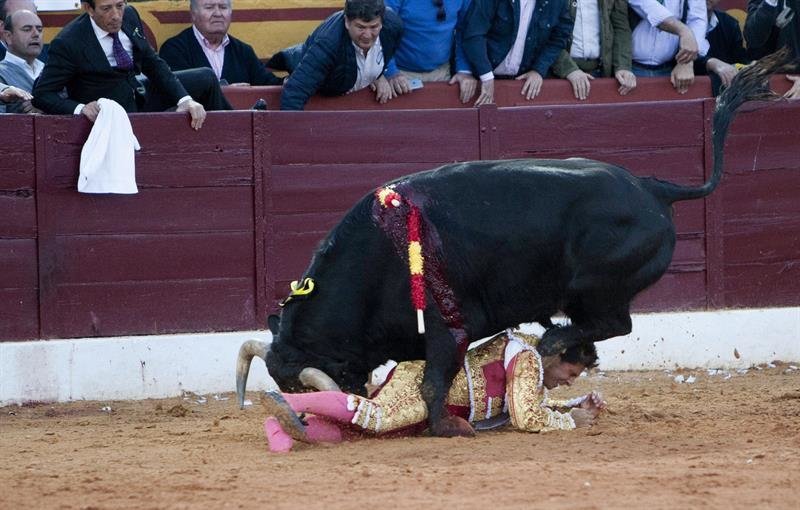 Another day, another Spaniard acting like nothing can go wrong inside the bullfighting pit. Are they all out of their minds over there? If it isn’t the Running of the Bulls it’s some dumb matador who’s acting like he’s never seen the horrors of previous matador/bull showdowns. There’s literally a saying about messing with the bull and gettin the horns and that’s because it’s literally true.

OK, Francisco Rivera might be a 5th generation bullfighter which in itself is awesome. But one day the bull’s going to have enough of watching him show off and gore him to smithereens. Probably best he doesn’t have his 5-month-old daughter in his arms when that happens.

P.S. Still the greatest bullfighting fail of all time.