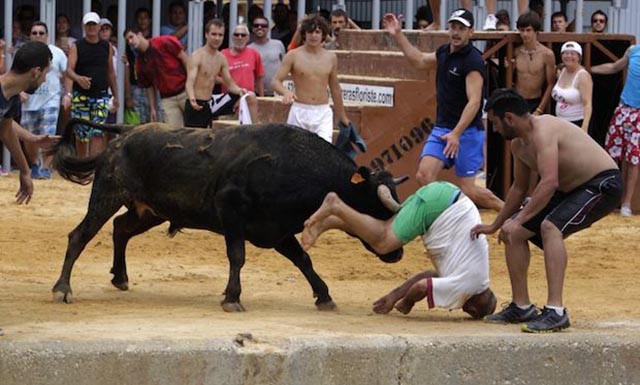 Another year, another bunch of Spaniards getting obliterated by charging bulls.

Has it been a year already since we covered the carnage at last year’s Running of the Bulls? How time flies.

What’s changed this year then? Not much — people are still getting gored left right and centre, only this time there’s a thing known as the ‘extreme selfie’ — capturing a selfie of yourself while the bull is right behind you.

Taking selfies/recording during the Running of the Bulls was actually made illegal earlier in the year to “crack down on dangerous behaviour during the festival” (irony overload), so police are now hunting this dude despite the fact he survived the chase: 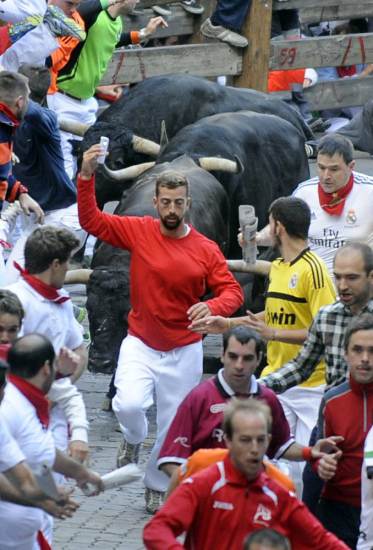 He was one of the lucky ones, unlike this dude who got gored straight through the leg: 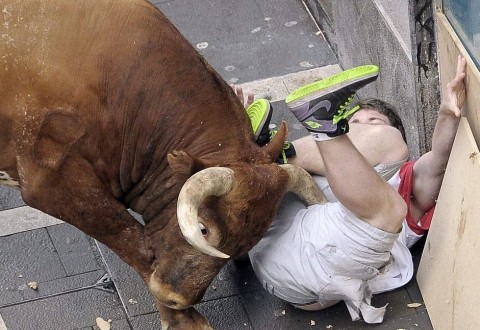 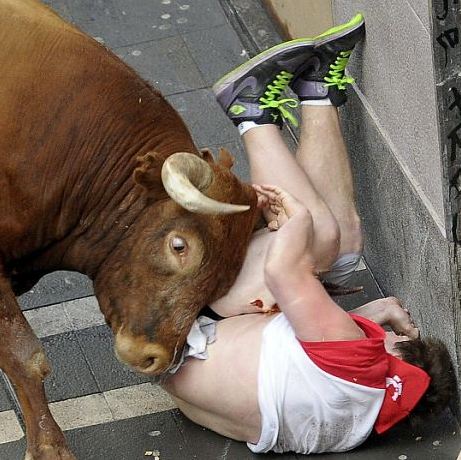 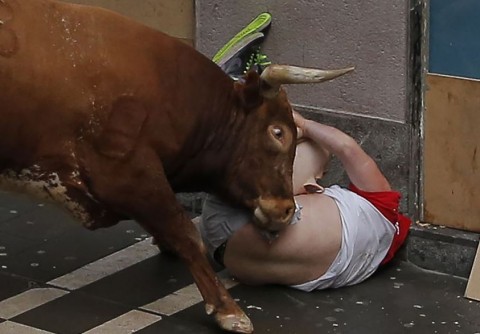 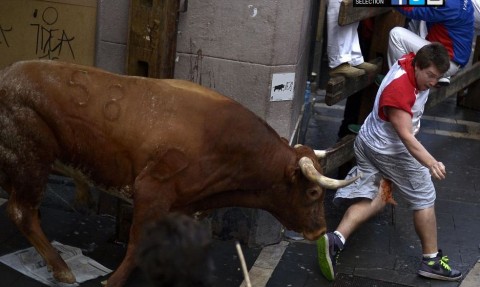 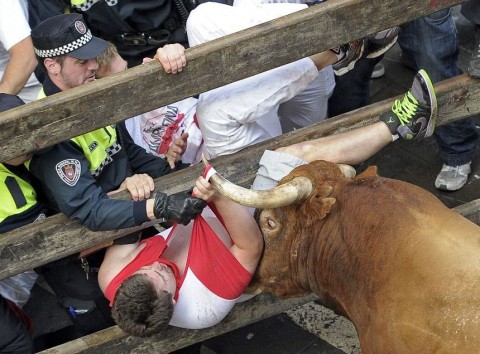 Best way to not get gored through the leg during the Running of the Bulls? Don’t run with the bulls. Simple.