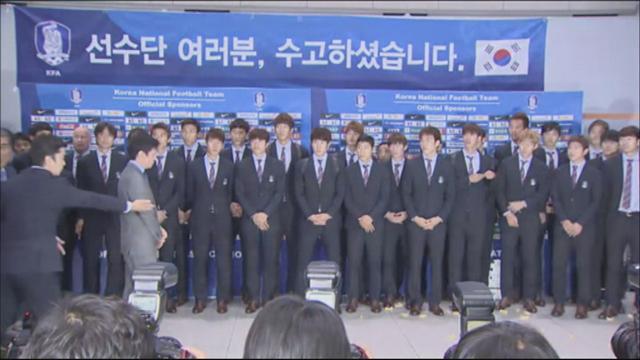 The South Korean squad didn’t do too fantastically during their World Cup run, but hey they did qualify and at least represent for a short while, right?

The Koreans picked up just one point from their three games in Brazil, and returned to their homeland to be greeted by toffees being thrown at them by an unappreciative public as they lined up for photos.

‘Go eat a toffee’ is an insult in Korea along the lines of ‘get fucked’.

I am sorry that we weren’t able to return the love and support shown by our people during the World Cup. It was due to my deficiency as a coach that we didn’t put up the desired results. But our players all have a bright future ahead and not everything lost from this tournament.

Is having toffees thrown at you really that bad though? They are kind of delicious after all. Not like you’re having rotten fruit thrown at you like they used to do in the old days. They are hard to chew though, so maybe there’s a metaphor in there somewhere.