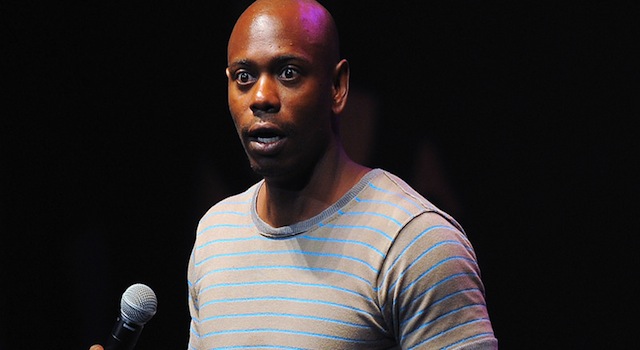 Did Dave Chappelle overreact to hecklers during his comeback gig on Thursday?

On Thursday Dave Chappelle was performing his comeback gig on stage in Connecticut in front of a crowd that generally wouldn’t keep quiet, yelling things like “I’m Rick James, bitch!” at him. No big deal you’d think — putting up with hecklers is part of a comedian’s job, same way school teachers put up with pissed off parents or Sick Chirpse writers put up with certain comments on every other FB share. It’s part of the job, you deal with it.

So about ten minutes into his set, Chappelle complains that people are making too much noise and completely abandons his routine. He pulls up a stool and starts smoking and just hangs out for the minimum 25 minutes as per his contractual obligation. He then tells the crowd he’s disappointed in them and leaves the stage:

It’s no secret that Chappelle is a sensitive dude but he could have probably reacted better than he did. Paying customers are paying customers, even if they did nothing to help the situation. And what about the fans that were trying to enjoy his new material? They deserved a show and they’ve got a right to be pissed.

Dave Chappelle just walked off the stage and told the DJ to play New Slaves. The crowd continued to boo and heckle

dave chappelle just walked on stage, told 2 jokes, sat down and lectured us, then says “i have 3 minutes left then I’m going to the bank”

Dave chappelle has been on stage 30 minutes, and has not told one joke. He’s reading a book and smoking.