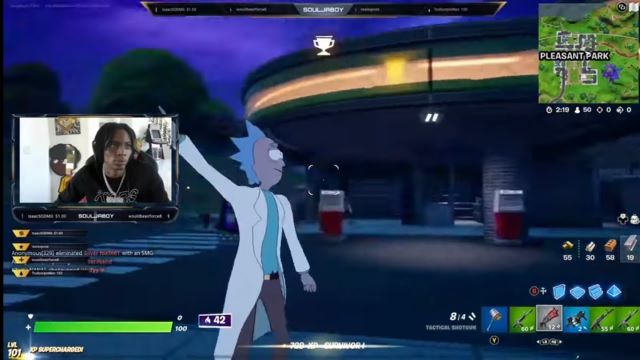 I’m sure everybody knows who Soulja Boy is (that one song was pretty unavoidable) but outside of his recent internet beef with Randy Orton he doesn’t seem to be making too many waves on the music scene or elsewhere for that matter.

Well that’s all about to change because while streaming some Fortnite action the other night, Soulja Boy dropped an impromptu Rick & Morty freestyle and ended up producing what might just be the best song of 2021 in the process…

There’s just no one else out there, in any genre, putting out timeless material like this. A 10/10 beautiful masterpiece of music which can only be appreciated by true intellectuals who watch Rick and Morty. Hopefully he releases it as an actual single very soon because that is a chart-topper for sure.

For the time Soulja Boy was accused of kidnapping a woman and tying her up using an extension cord, click HERE. Come a long way since then, clearly.