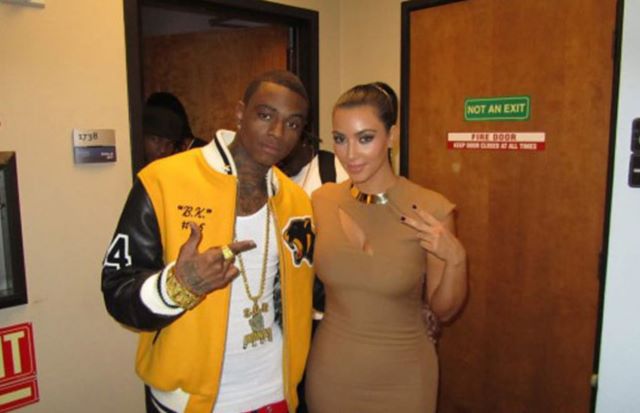 So basically what happened is that Kanye West asked Soulja Boy for a verse on his new album DONDA, then released DONDA this past weekend without including Soulja Boy’s verse on it.

Seeing as pretty much 99.9% of the music industry was featured on the album, Soulja Boy took this very personally indeed. He even shared a text exchange between he and Kanye when he was initially asked to contribute last summer:

Fair enough that Soulja Boy is disappointed, but this sort of thing happens in music all the time. Plenty of rappers have supplied guest verses to other people’s projects, only to then be cut from the final product for whatever reason. It’s really not that big a deal (even if, like I said, a billion other features were kept on the album while Soulja Boy’s verse was discarded).

Well ever since DONDA dropped without his verse, Soulja Boy has been on the warpath…

If he didn’t like the verse he should of said that don’t text me acting like u fuck wit it then secretly take it off. What kind of shit is that I was working on my album too I don’t got time for this shit

I wanna fight. Do u know how to fight? @kanyewest I feel like u a hoe. Let’s get in the ring?

U Pussy. U really wore that trump hat too. You did a-lot of corny shit in ur career and got a pass. Bitch ass nigga apologize to Taylor swift @kanyewest

He then took his disrespect to the ultimate next level…

I was the first rapper wit @KimKardashian not u 😉 @kanyewest 😂 pic.twitter.com/OrP2H2C20d

Oh shit! That’s his ex-wife, Soulja Boy! The mother of his kids!

I guess there’s a reason why Soulja Boy still holds some relevance despite not making a hit song in like 15 years; because he gets into these stupid internet beefs with people like Randy Orton, Kanye West and whoever else. As if Kanye didn’t have enough on his plate with Drake making sneaky disses about him, he now has to deal with Soulja Boy’s drama too.

Oh well, it’s not like Kanye doesn’t live for the drama also. Here’s what he originally had planned for the final DONDA listening session last week. Imagine if that had happened…