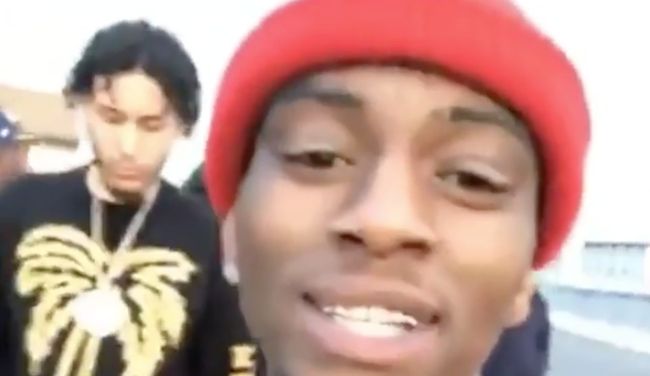 From his social media presence, Soulja Boy seems like an absolute muppet and his recent internet feud with Chris Brown is more than enough evidence of this. But if you need any more then check out the video below.

The Instagram live post was uploaded yesterday and features Soulja Boy walking around the hood chatting some crap about Chris Brown and calling him out (again), when he seems to get into an altercation with some dude who knocks his phone out of his hand and then appears to steal it. I’m not really sure exactly what’s going on in this video because it’s gangster as fuck, but that seems to be the gist of it:

Yeah, must be nothing better than rolling around the hood starting fights with people and getting your phone stolen when you’re a multimillionaire rapper. That’s definitely how I would be spending my time if I was in his shoes.

Actually, it turns out there’s a bit of an update on this and Soulja Boy didn’t actually get his phone stolen – he was just getting in a fight and trying to make sure it didn’t get smashed up by throwing it on the floor out of harm’s way, as you do. Then, in a shocking turn of events, the guy who he was starting beef with picked it up and tried to run off with it. So Soulja did kind of get it stolen, just not in the way we saw in the original video. Crazy huh?

All is revealed in the following ‘behind the scenes’ video:

Geez, Soulja Boy’s life looks lame doesn’t it? Can’t wait to see what he comes up with next in 2017 – hoping his recent feud with Shia LaBeouf gets kickstarted again to be honest.