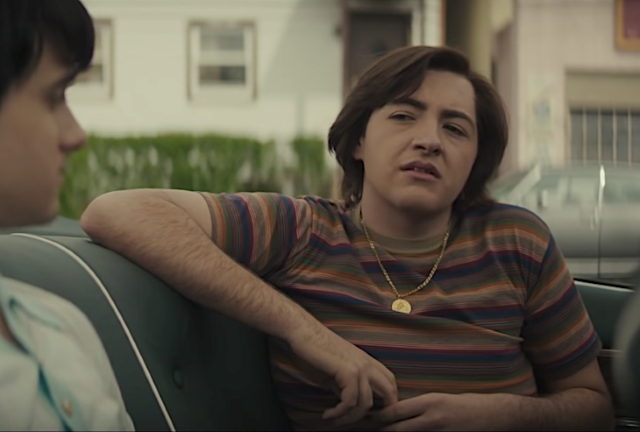 It was just the other day we were saying how weird it was that the Sopranos prequel had yet to release a teaser trailer ahead of its release later this year, but lo and behold, it has finally arrived this week.

Wow, it’s good to hear James Gandolfini’s voice again. And even cooler to see his real life son, Michael Gandolfini, play him in the movie and completely nail his old man’s looks and mannerisms. The way they close the trailer with the old Sopranos theme music was absolutely perfect too.

The cast in general looks brilliant…

Can’t wait. Typically prequels/sequels/reboots way after the original ends is a bad idea but I think we have to trust David Chase & HBO on this one. Maybe we’ll also find out exactly why Tony never had the makings of a varsity athlete (shout out Uncle Junior).