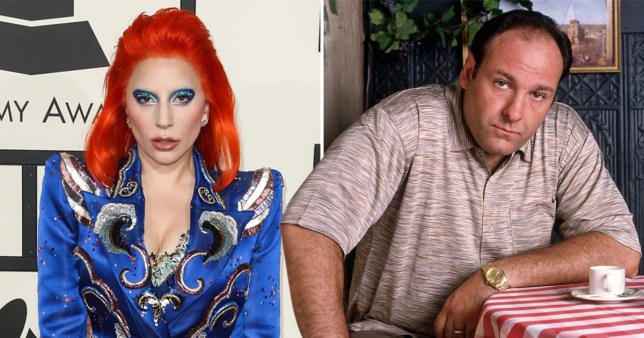 You wouldn’t think there are too many Lady Gaga fans out there who were also fans of The Sopranos (and vice versa), but that could be about to change after Gaga’s ‘Little Monsters’ (that’s what she calls her fans) realised she starred in the classic TV series back when she was 15.

Gaga played the cackling teenager who got Tony’s son AJ into trouble after they broke into the school swimming pool in Season 3 and started drinking and smoking:

That was Gaga’s only appearance on the show – pretty amazing that she then went on to make more money and become more famous than anyone else on it.

Here’s the general reaction from Gaga fans on Twitter today after they came across this info:

Lady Gaga was in The Sopranos!?! pic.twitter.com/l7hmUtZdB3

lady gaga was in the sopranos…. w t f? Is she italian or some thing?

“Lady Gaga played a girl who led Tony’s son astray in The Sopranos.” im sorry WHAT

Jamie Lynn sigler just mentioned your Cameo on the sopranos on wwhl mind blown that was lady Gaga wity you!

I must have watched The Sopranos a bunch of times back when it was first out on DVD and probably would never have realised that was Lady Gaga if I watched it on loop for eternity. Would have been pretty cool if she was a little bit more involved though – imagine her showing up at Tony’s house in one of her ridiculous outfits or jumping on the stripper pole at the Bada Bing. Oh wait she was only 15 at the time? Yikes – never mind.

The Sopranos turned 20 years old in 2019 and will be returning as a prequel in 2020 with James Gandolfini’s son playing the younger version of his dad. Can’t wait for that one.