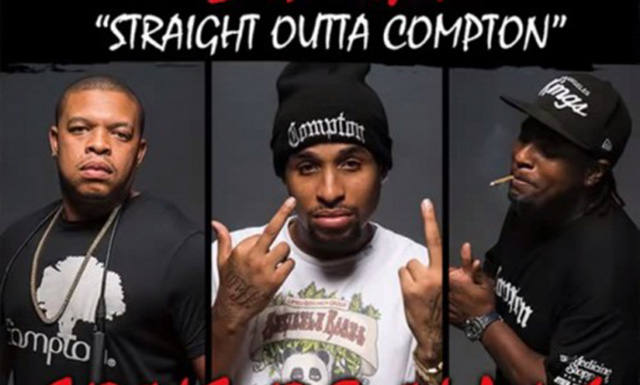 The sons of Dr. Dre and Eazy E are releasing their own rap album called ‘Sons of NWA’ which which also feature their own version of ‘Straight Outta Compton’.

You’ve got to big up Dr Dre’s son and Eazy E’s two sons on this one. Doesn’t matter that their dads were two of the biggest rap stars of the 80s and 90s, they’ve gone out there and done something completely original with their lives. They could have easily just taken the fact that they’re the sons of rap legends and just released a bunch of rip offs of their dads’ classics but no, they’ve got their own, personal journeys to go down in life that do not involve rap music.

Oh no wait, that’s completely wrong. Dre JR and Eazy E Jrs I & II are releasing their own album which is certainly not attempting to hide their lineage, despite the fact they told noisey this week that they’re looking to step out of their dads’ shadows (going to be a bit tricky when you’re called ‘Sons of NWA’ and have re-recorded ‘Straight Outta Compton’). Still, good luck to them. Who better to try and put Compton back on the map? 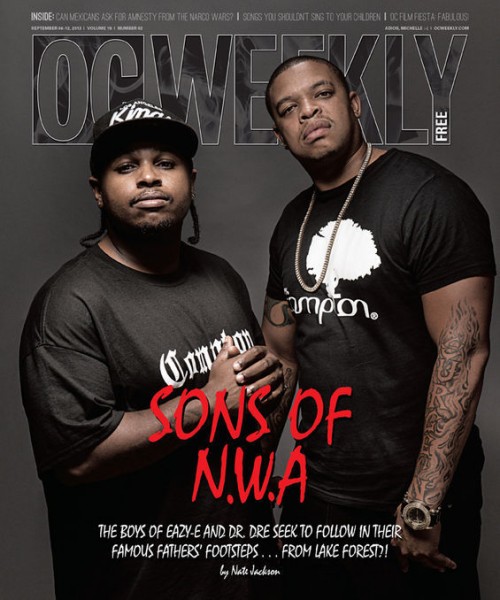 â˜› Watch Next: US Rappers Film Video In North Korea