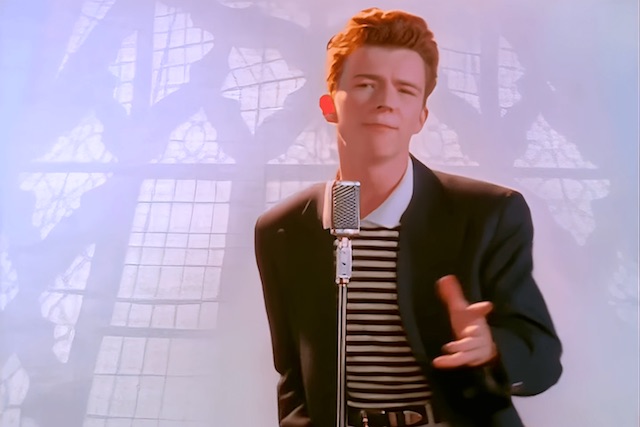 This is so creepy.

I don’t know how long the ‘Rick Rolled’ meme has been around, but I’m fairly sure that everyone can agree that it’s one of the oldest and best gets out there. You can’t really beat that feeling when you open a link to see his stupid face and hear those iconic opening lines and you know that you’ve been well and truly got by one of your best friends. That’s what it’s all about.

I think that the video works so well because it’s an oldies grainy 80s video, so it’s really weird that someone has decided to remaster it in 4K 60FPs and to be honest it’s quite unnerving as well. Take a look at it below, although I’m unsure if anything could ever prepare you for how weird it is:

Jesus. Imagine if someone Rick Rolled you and this was what you ended up watching. I think my brain would be permanently scarred – and it doesn’t look like I’m the only one judging from these responses on Twitter:

Somebody remastered the Rick Astley video in 60 fps 4k and I am deeply, deeply upset. https://t.co/qYuLrQwe0I

Why does the Rick Astley 4k vid look so freaking crispy, its actually insane pic.twitter.com/gjhM2xKkvY

I’m not hung over enough to process this. Rick Astley 4k is distorting my childhood https://t.co/YP1UsWhSCf

It just looks so dated and just plain wrong to be seeing that style of dancing and camera angles/movement like that in such a modern style doesn’t it? Some of the people don’t even look human, almost like the Autons from Dr. Who or something.

It’s all very, very disconcerting. Please don’t do this to other classic 80s music videos. Please. Keep the aesthetic/style of the time as it was. The world doesn’t need this. Begging you.

For more of the same, check out when Anonymous trolled ISIS by Rickrolling their social media accounts. That was a good one.