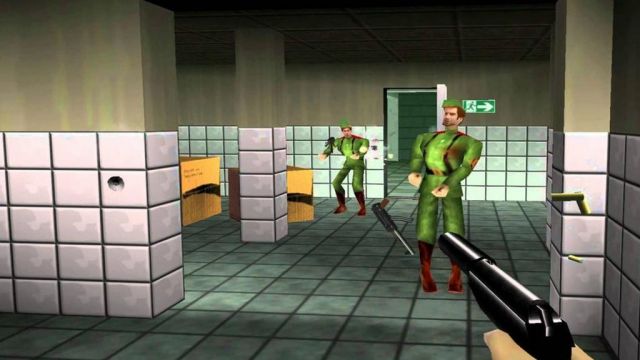 Anyone who grew up in the 90s will tell you that Goldeneye was undoubtedly the best game of all time and will be able to recount stories of wasting away days and nights on the multiplayer mode. It really was a classic that pretty much everyone in the world experienced on some level.

So it isn’t really that surprising that someone decided to update it with much better graphics for a new generation. The project is called Goldeneye 25 and it aims to rebuild the game from scratch in the Unreal 4 engine to celebrate its 25th anniversary.

They’ve just released footage of the iconic Facility level and it looks absolutely gorgeous. There aren’t any enemies yet because it’s just a beta but you get the idea. It’s also got a dynamic music system which is pretty fancy as well:

Beautiful. I don’t know if in all honesty I would play this when it’s finished though as what’s the point in playing through a game you finished 20 years ago when you could just play a new game instead? Seems dumb but fair play to these guys for recreating it anyway – I’m sure a bunch of people out there will have a blast playing through it again. Just not sure if it’s for me.

For more of the same, check out this definitive ranking of all the cheats on the original. Legendary.