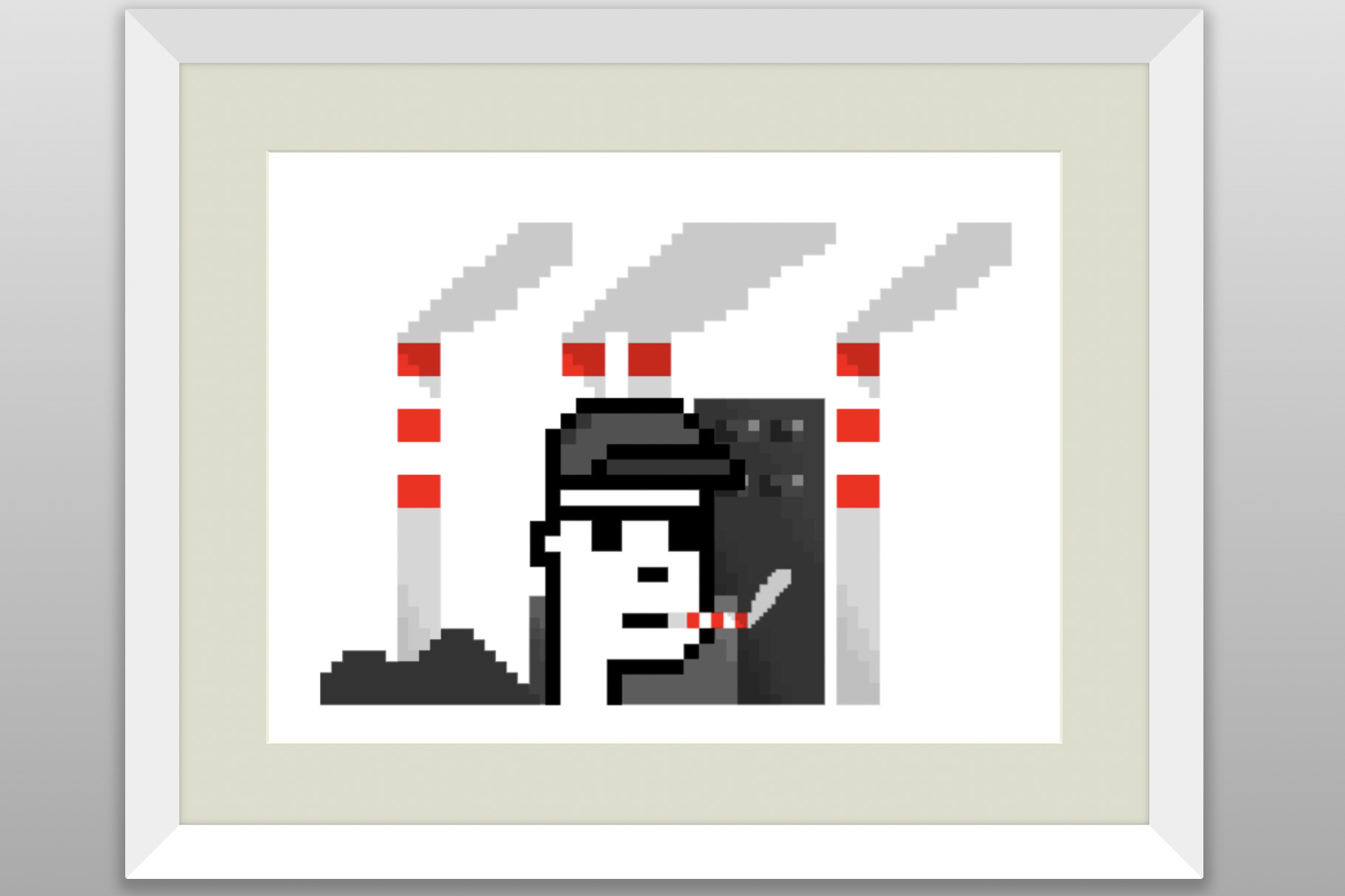 The most ridiculous story of the year.

Just when you thought that the world of NFTs couldn’t get any dumber, here’s a story that will make you question almost everything that you think you know about them and somehow make them seem even stupider.

The USP of an NFT (ugh) has always been that it’s a unique, one of a kind digital certificate that establishes its authenticity and means that it’s the only one of its kind in existence, so it’s especially funny that a scammer managed to hack celebrated street artist Banksy’s website and offer one out that was 100% fake. It’s then becomes even funnier when you hear that some idiot actually thought that it was real and ended up paying $300,000 for it and it then becomes even more bizarre and weird that the NFT collector who paid out for this calls himself Pranksy.

Then even dumber when you see that the NFT is what you can see above and it’s called ‘Great Redistribution of the Climate Change Disaster’, which in fairness does sound like the kind of name Banksy would give to one of his pieces of art. Maybe kinda looks like one as well?

Anyway, Pranksy called out the hacker on his Twitter account and was later refunded all of the money (which had been transferred in Ethereum, naturally) save for the transaction fee. so it seems that everything turned out OK for everyone involved, although it seems like a bit of a waste of time for the hacker and I’m not really sure why he decided to return the money after his scam had pretty much worked to perfection.

Here’s what Pranksy told the BBC about the whole situation:

The refund was totally unexpected, I think the press coverage of the hack plus the fact that I had found the hacker and followed him on Twitter may have pushed him into a refund.

I feel very lucky when a lot of others in a similar situation with less reach would not have had the same outcome.

That is pretty lucky I suppose, but he should probably give himself some credit as he did track down the hacker on Twitter as well. Of course, to add a really dumb epilogue to this already insanely dumb story, some people are now accusing Pranksy of faking the whole episode in order to try and become friends with Banksy. He’s denied the whole thing though obviously:

Just to add a comment, to those who feel this may have been some sort of stunt. I would never risk a future relationship with Banksy or any fine artist by hiring someone to hack their website and then buying an #NFT from myself, what an unusual day!

Highly unusual, yeah. One way to put it I suppose.

Of course, given the mysterious nature of Banksy in general, you kinda have to ask the question that maybe this is all some kind of super ironic publicity stunt that’s trying to highlight the inherent uselessness of NFTs and cryptocurrency? Or something like that?

It’s all so strange though that I honestly don’t think that anyone could make it up. One of the weirdest situations I think I’ve ever written about, no lie.

For more of the same, check out when Cara Delivingne sold her vagina as an NFT. That made a lot of sense.