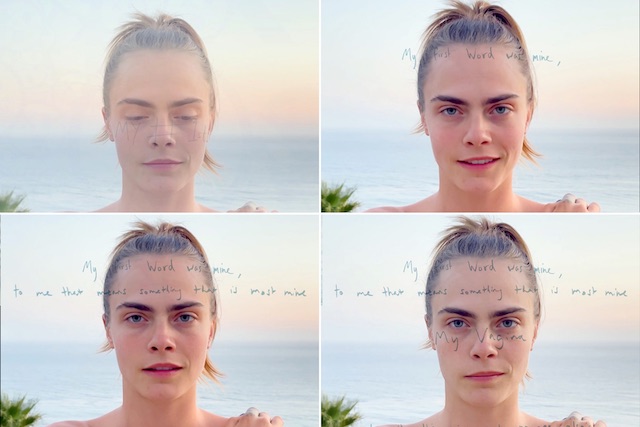 I was talking earlier about how all our favourite memes were getting sold as NFTs, but I didn’t think that less than a few hours later I would be talking about how a famous celebrity would be selling her vagina as one.

Here we are though, as Cara Delevingne has revealed plans to sell her vagina as a Non Fungible Token. The 28 year old made the announcement in a 30 second video clip that you can see below:

My first word was ‘mine’.

To me that means something that is most mine – my vagina. I own it.

It’s mine and no one else’s. I choose what I do with it.

And no one can take that away from me.

Yeah, whilst the message of owning your body and doing what you want with it is important, I don’t think that it really makes any sense in this context as it’s a promo video for the fact that she’s selling her vagina as an NFT!? Maybe I’m missing something there.

Of course, Cara isn’t actually selling her vagina but instead a piece of digital art that features it. The piece is a collaboration with anonymous artist Chemical X who is curating a new collection of NFT networks featuring stars such as Fatboy Slim, Dave Stewart of the Eurythmics, and electronic duo Orbital. Here’s the blurb about it:

This #1 is a powerful yet personal statement of intention.

Cara’s support for women and girls and the LGBTQ community is one of the driving forces behind her foundation and her decision to make this artwork with Chemical X.

Cool. The fact is that everyone is going crazy for NFTs at the moment so some pervert billionaire will probably pay over a million dollar for this and she can probably do a lot of good work at her foundation for that amount, so it’s definitely worth her while doing this. Just a bit weird though isn’t it?

For more of the same, check out when Cara revealed graphic details of Harvey Weinstein trying to rape her. Disgusting.